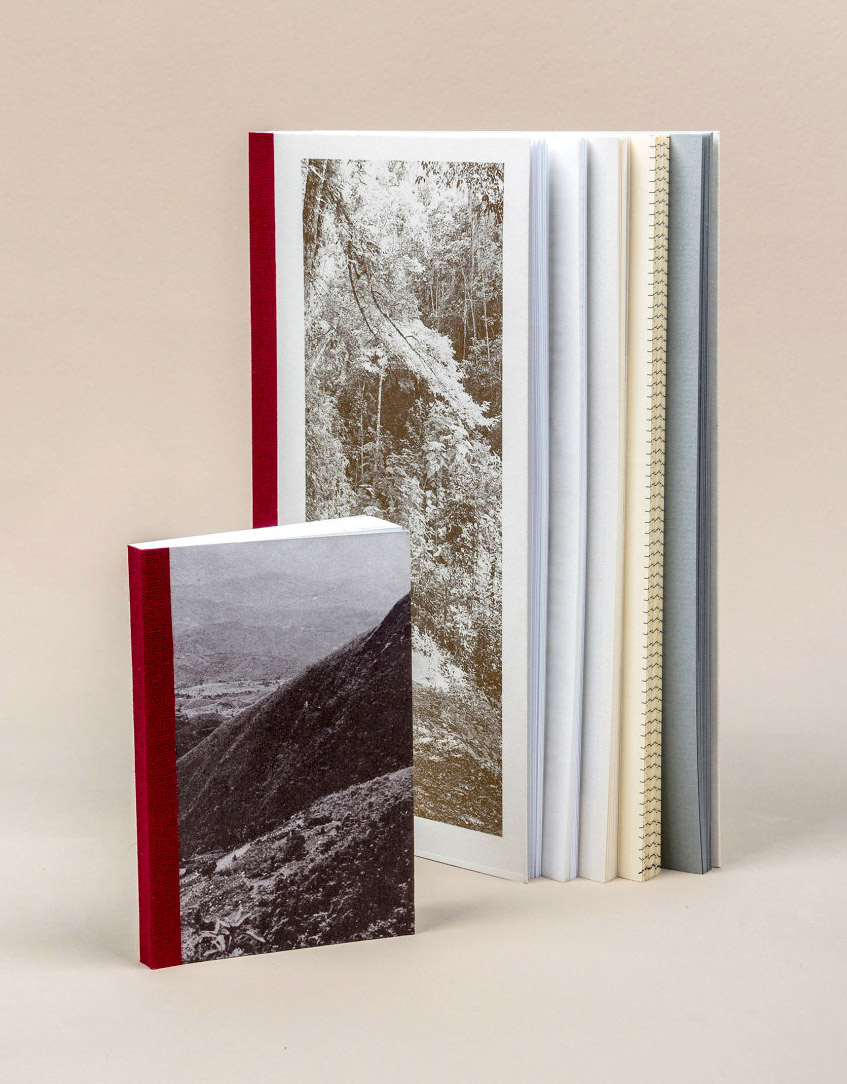 [ In the history of Venezuelan poetry, Ida Gramcko (1924 -1994) is said to belong to the generation of 1942, characterized by the revival of rhymed stanzas and of the Spanish metrics. Yet, Gramcko’s poetry surpasses any formal elements associated with the work of her contemporaries. Within the fabric of her well-measured lines, the precocious Ida Gramcko undertook an inquiry into the mystery of beings, objects, language, life. Her deep concern with metaphysical problems turns her metaphors into philosophemes. Gramcko’s Poemas (1947-1952) represent the summit of her lyrical achievement and epitomize her standpoint about literary tradition and poetic protocols. For her, poetry must strive for unforeseen realities and observations; in her own words: “We invent/a new lime wall… and it’s so different!/A new wall, rare?”]

This is an experimental book of poems, manuscripts and archive photographs. Two volumes in a box. Square spine, cloth bound, both simple and french folding, one book is in-octavo and one miniature. Three Pantone colors and five different paper types were used, including Op-opaque (Bible paper), Saima antique and Galgo. Run of 150 copies,  printing and binding in Ex Libris Press. 2016. 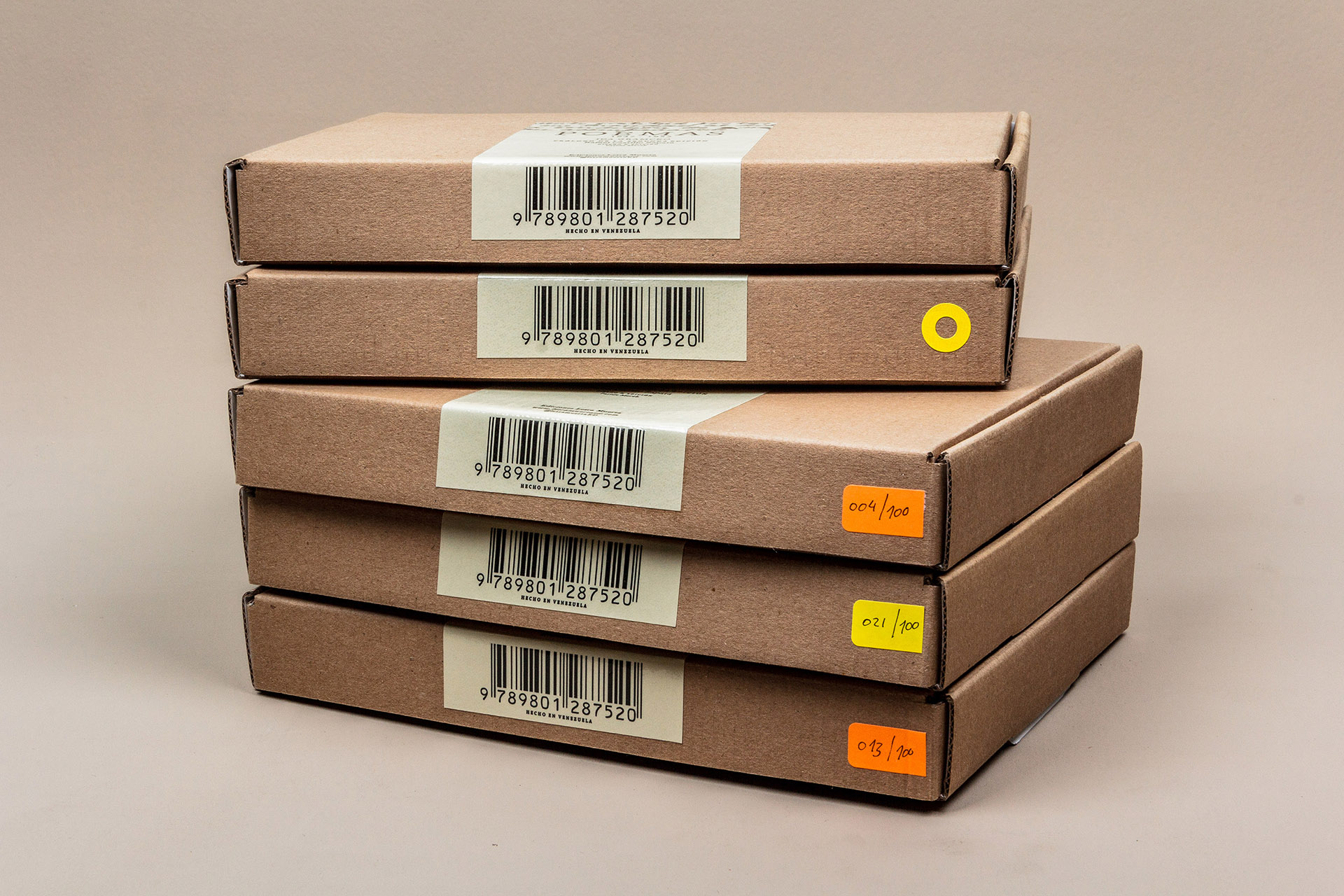 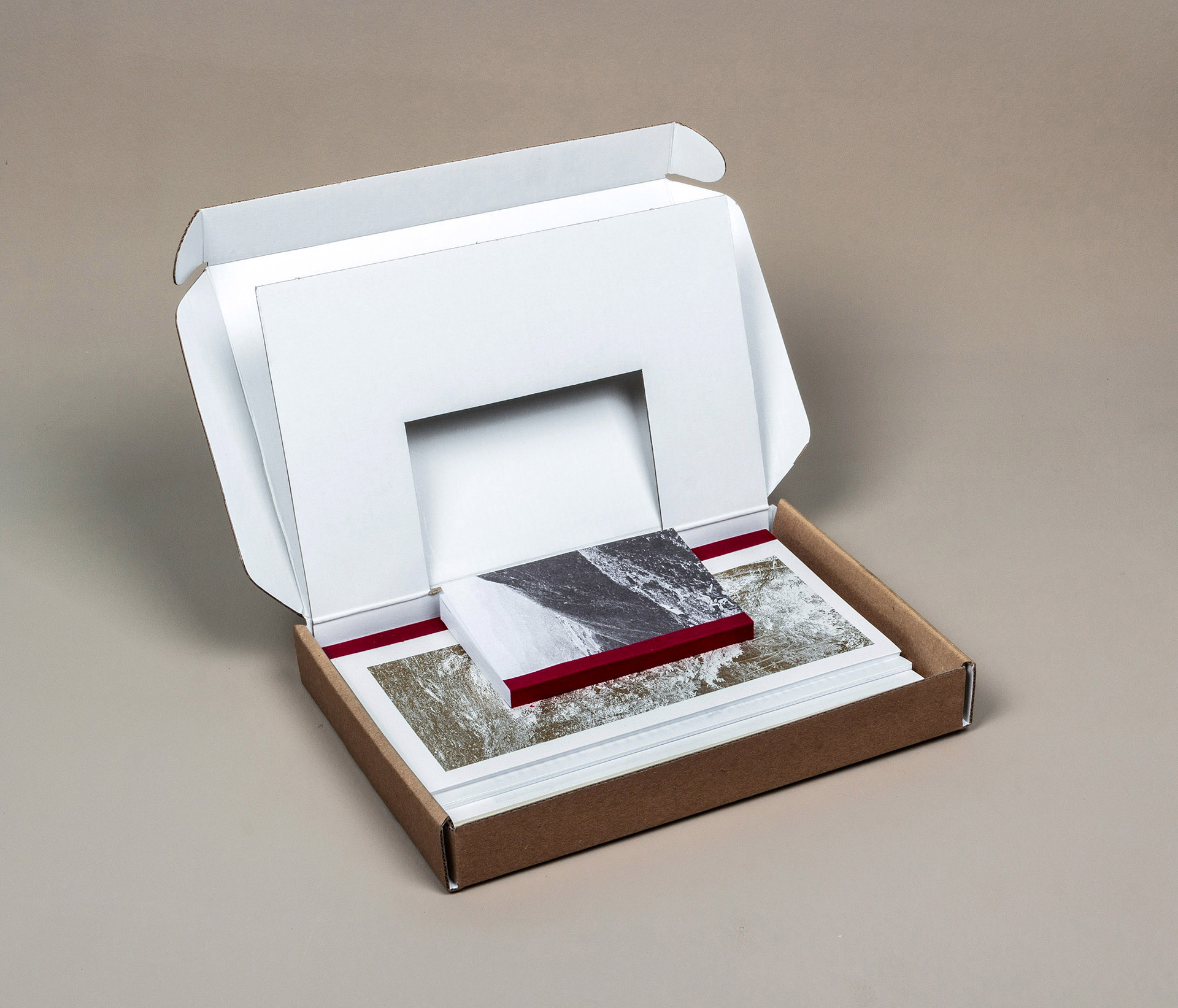 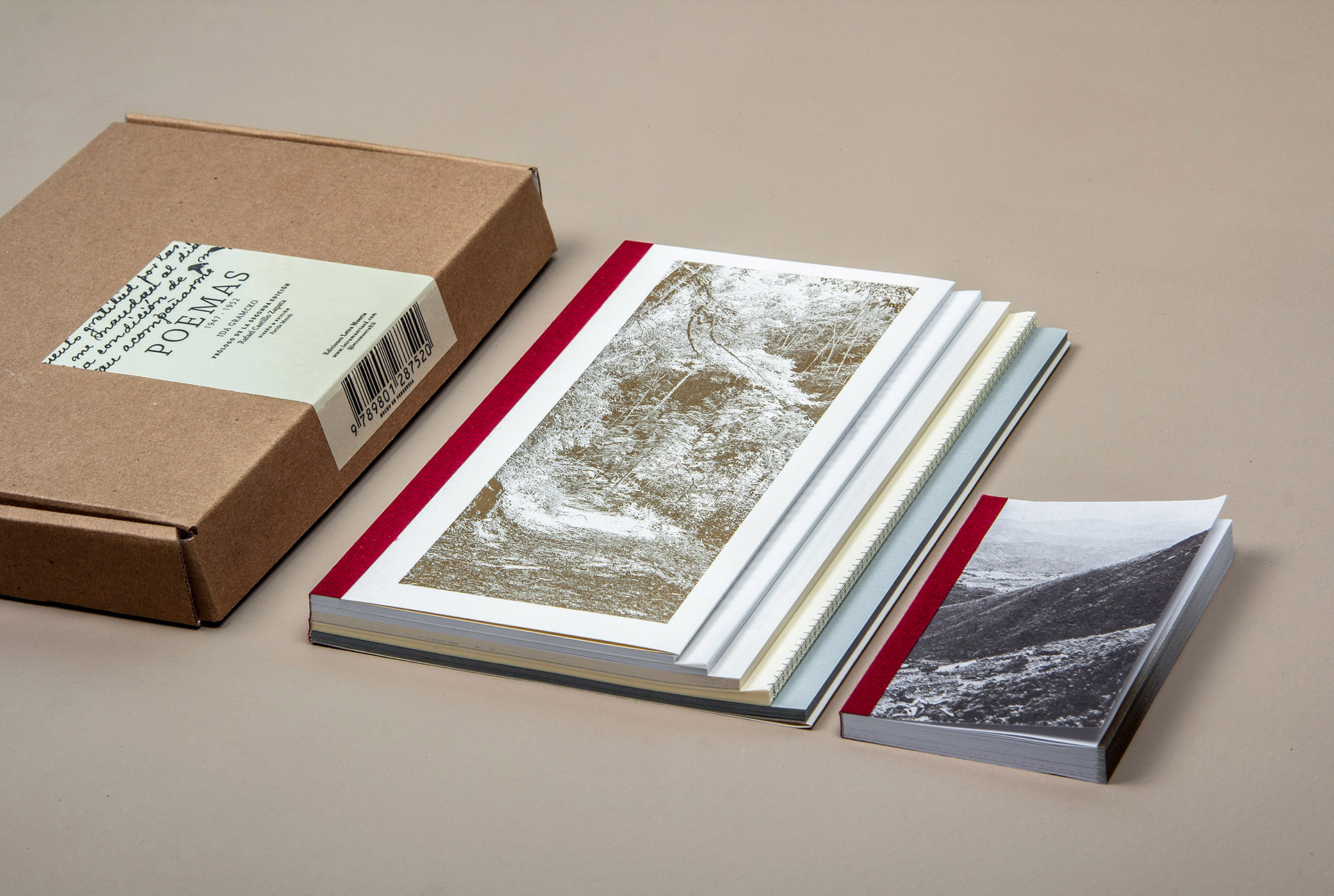 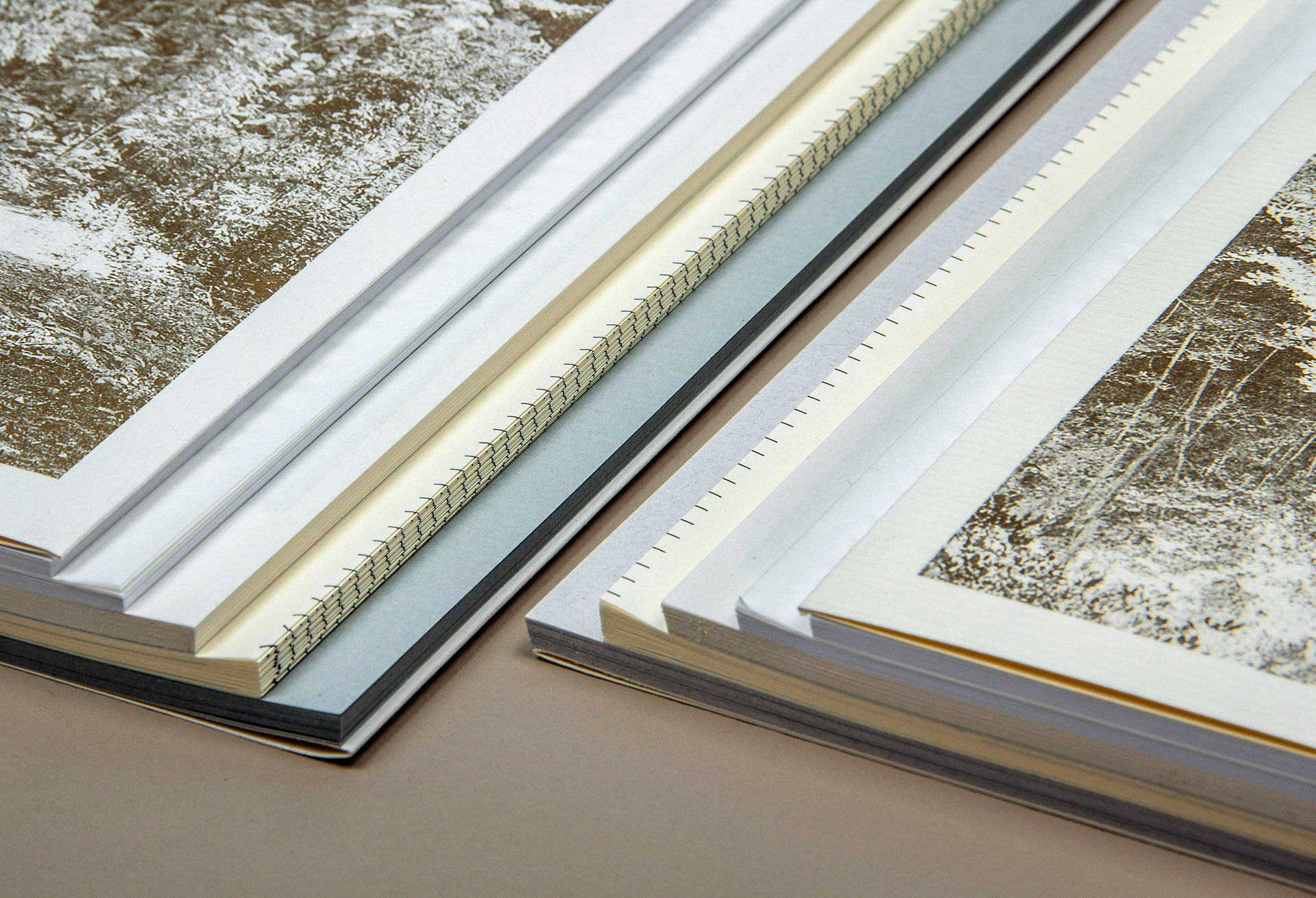 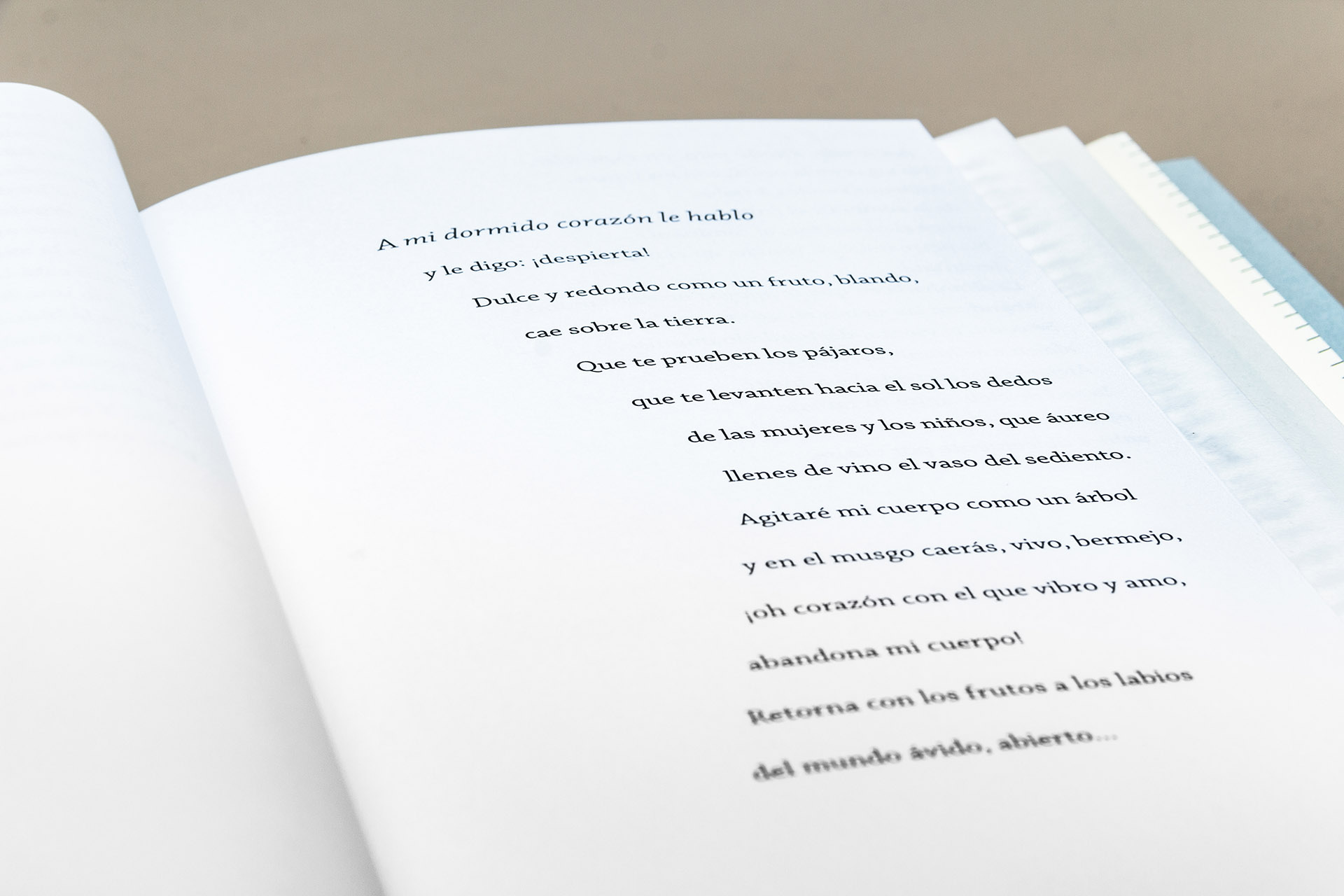 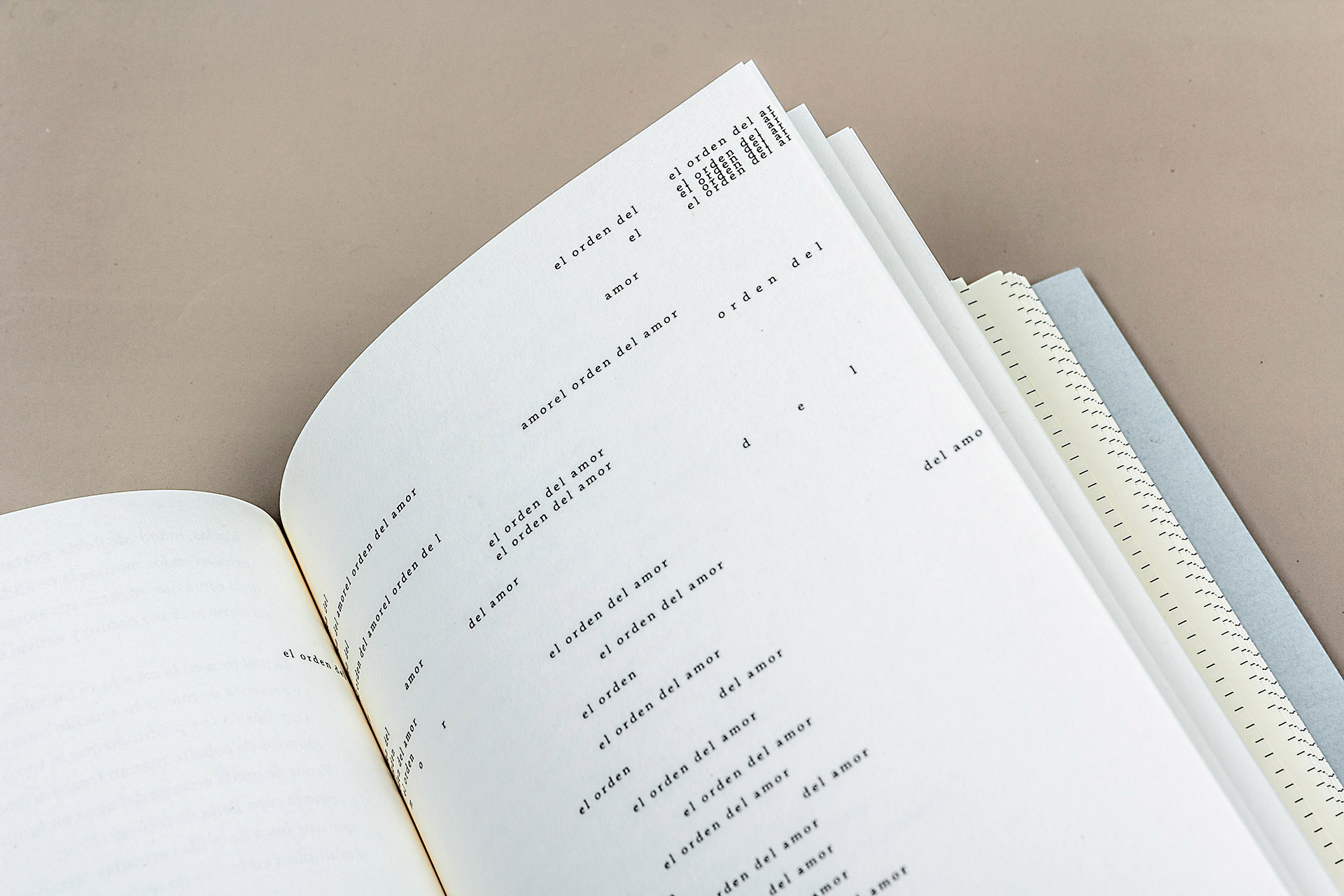 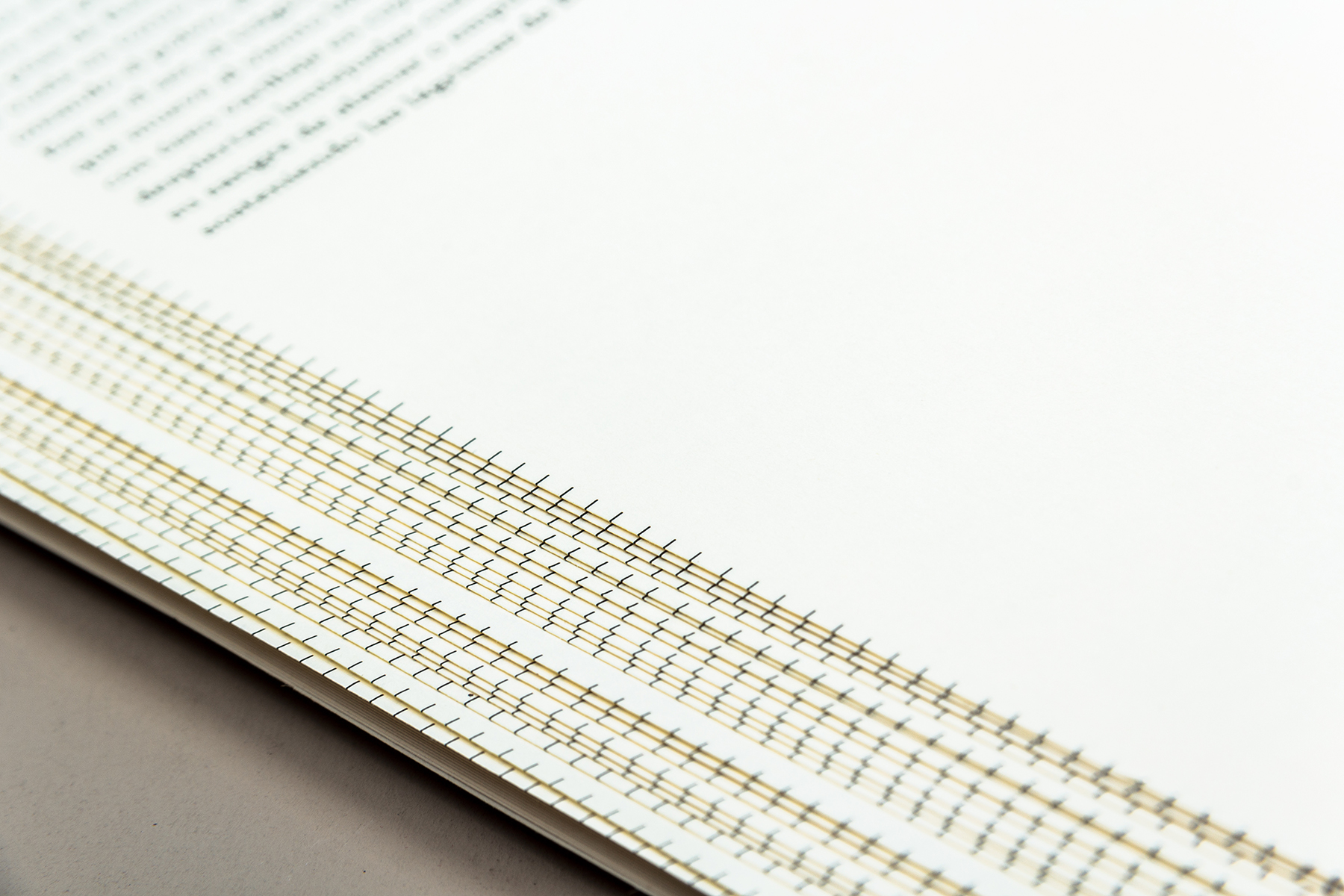 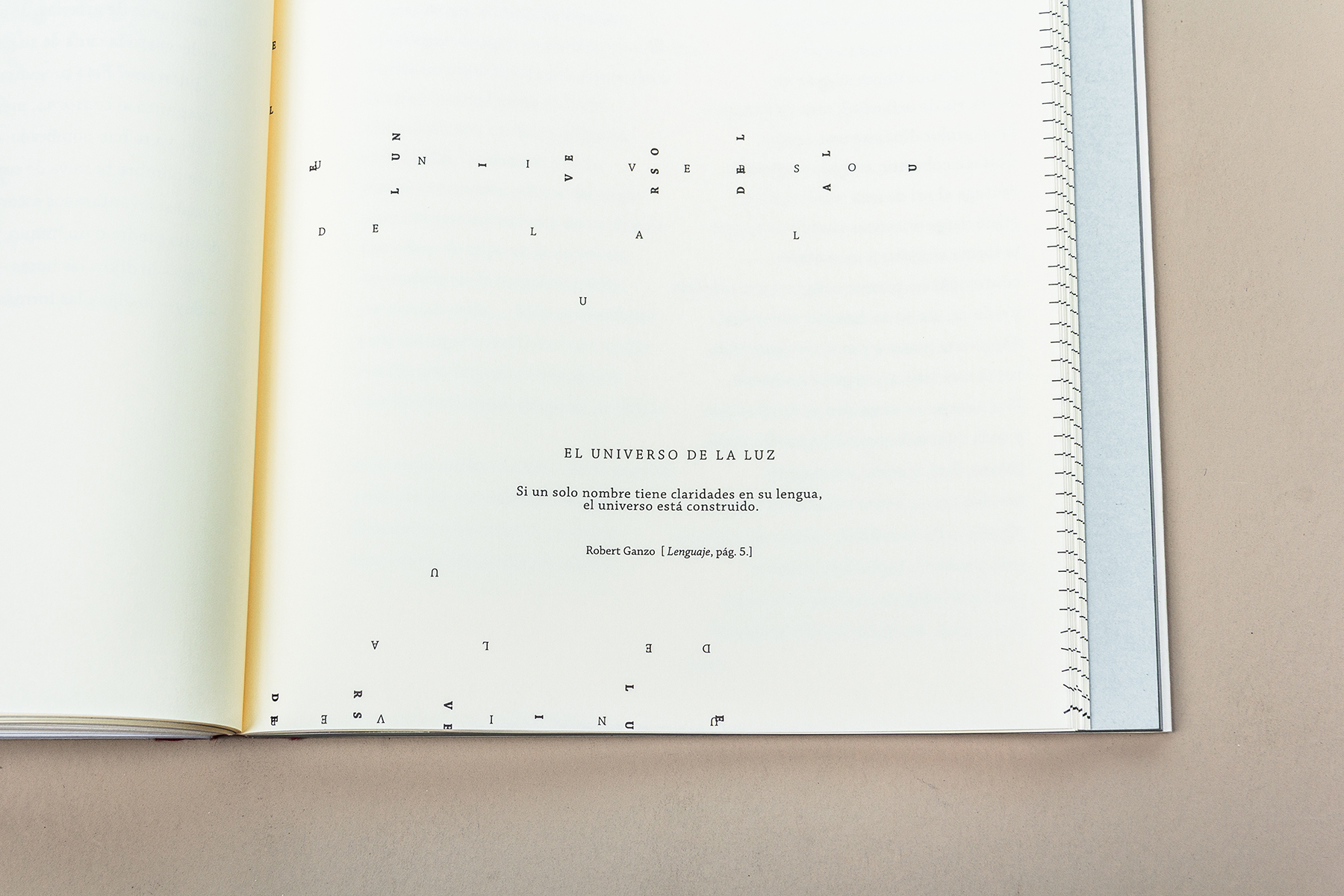 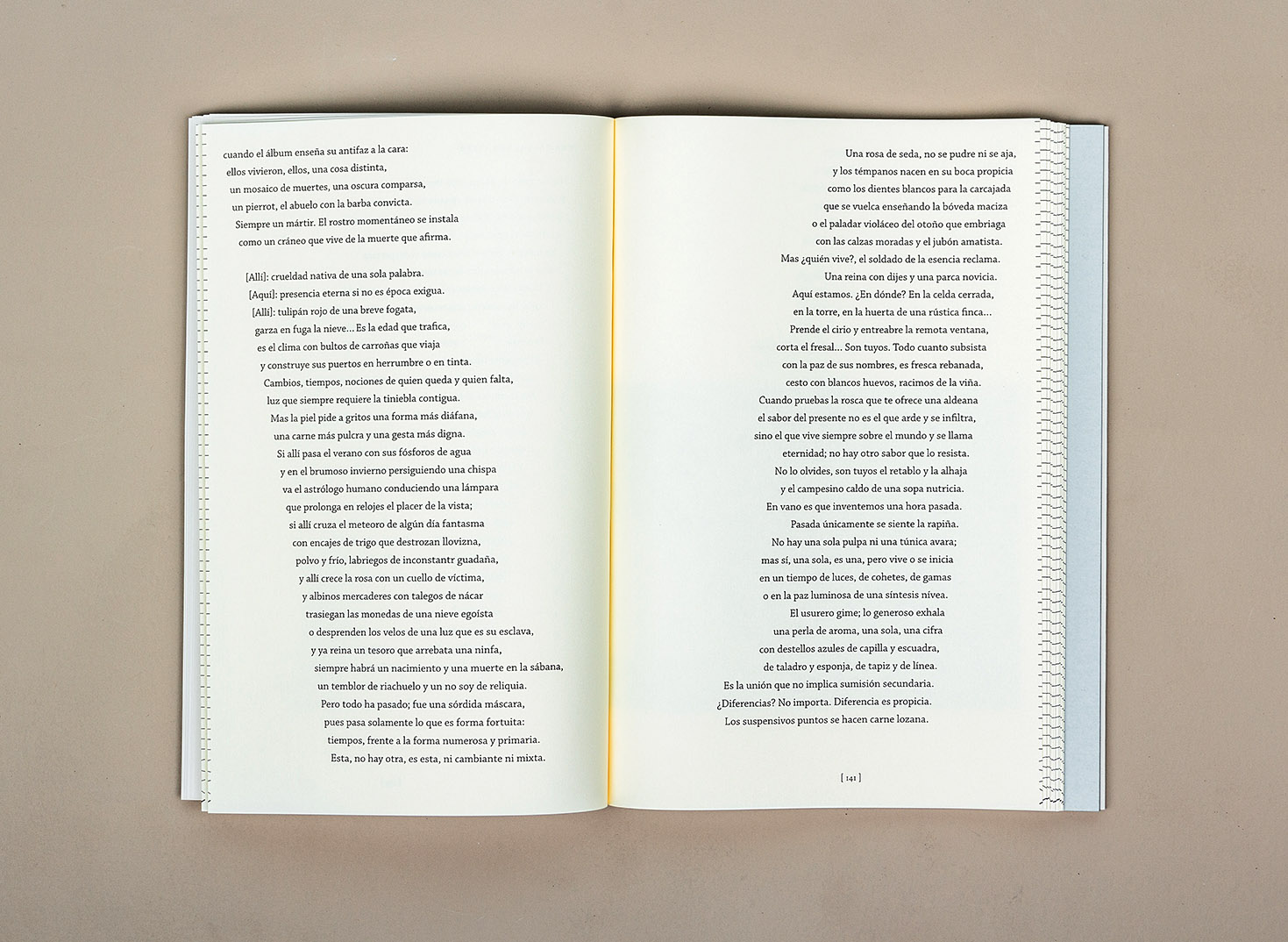 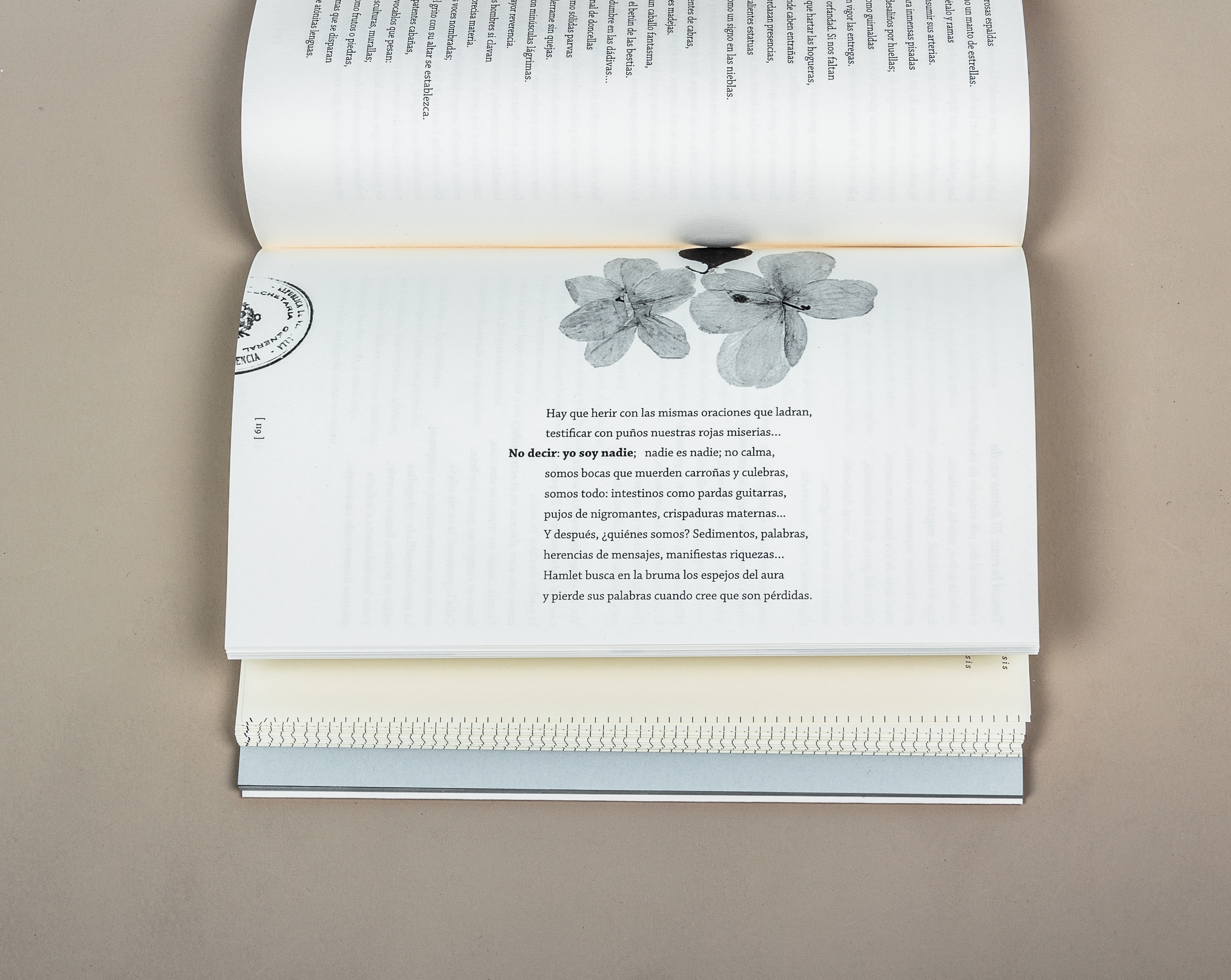 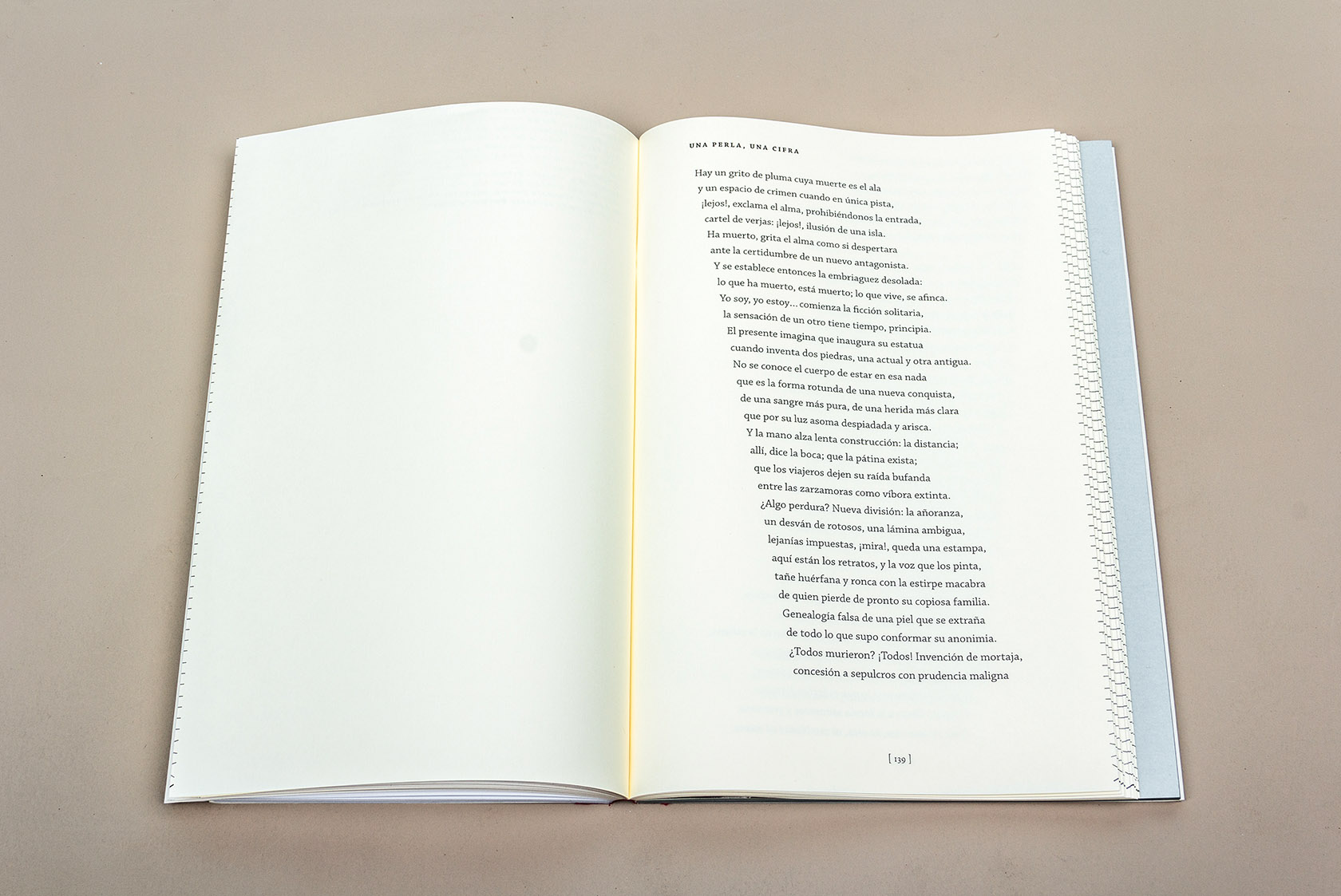 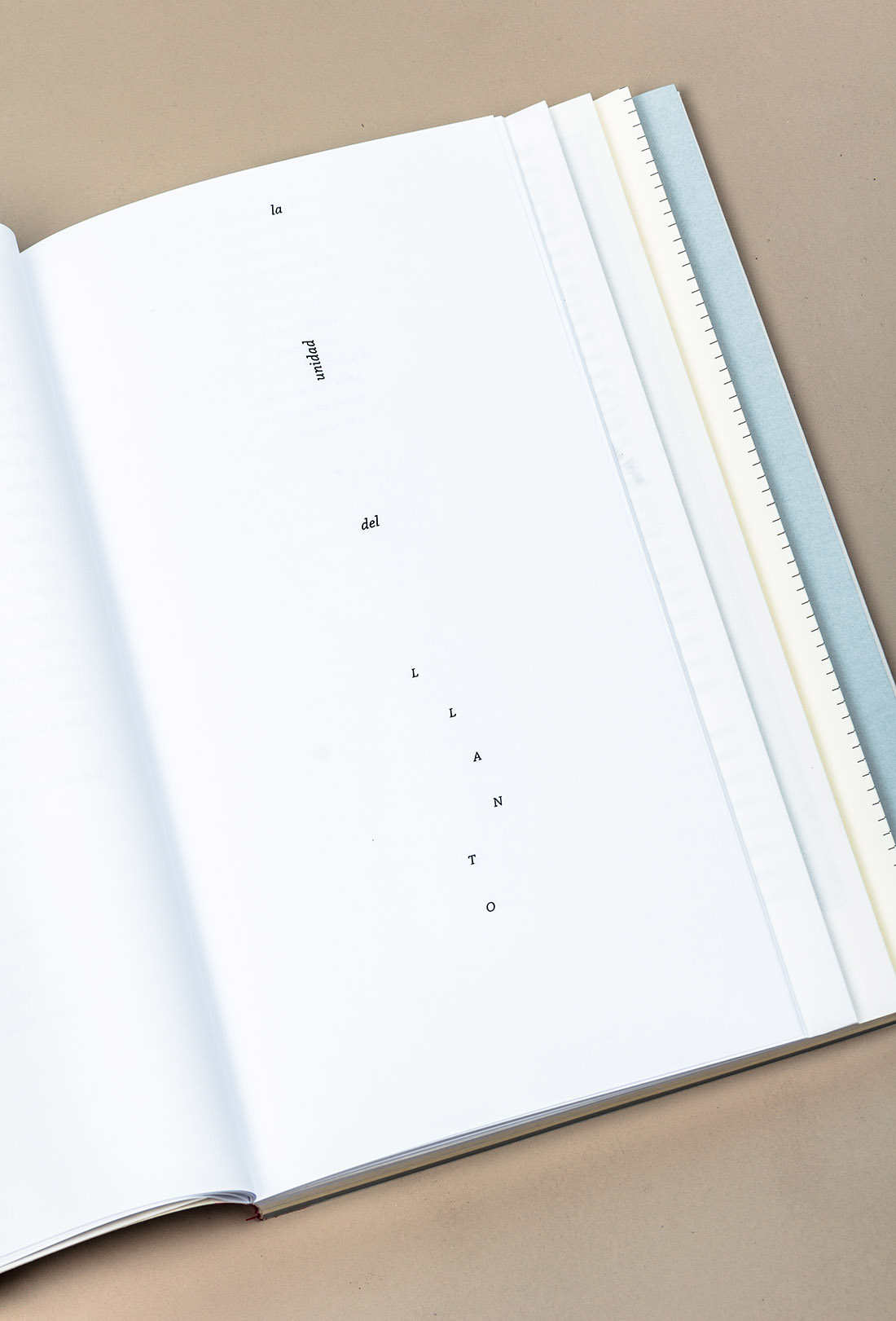 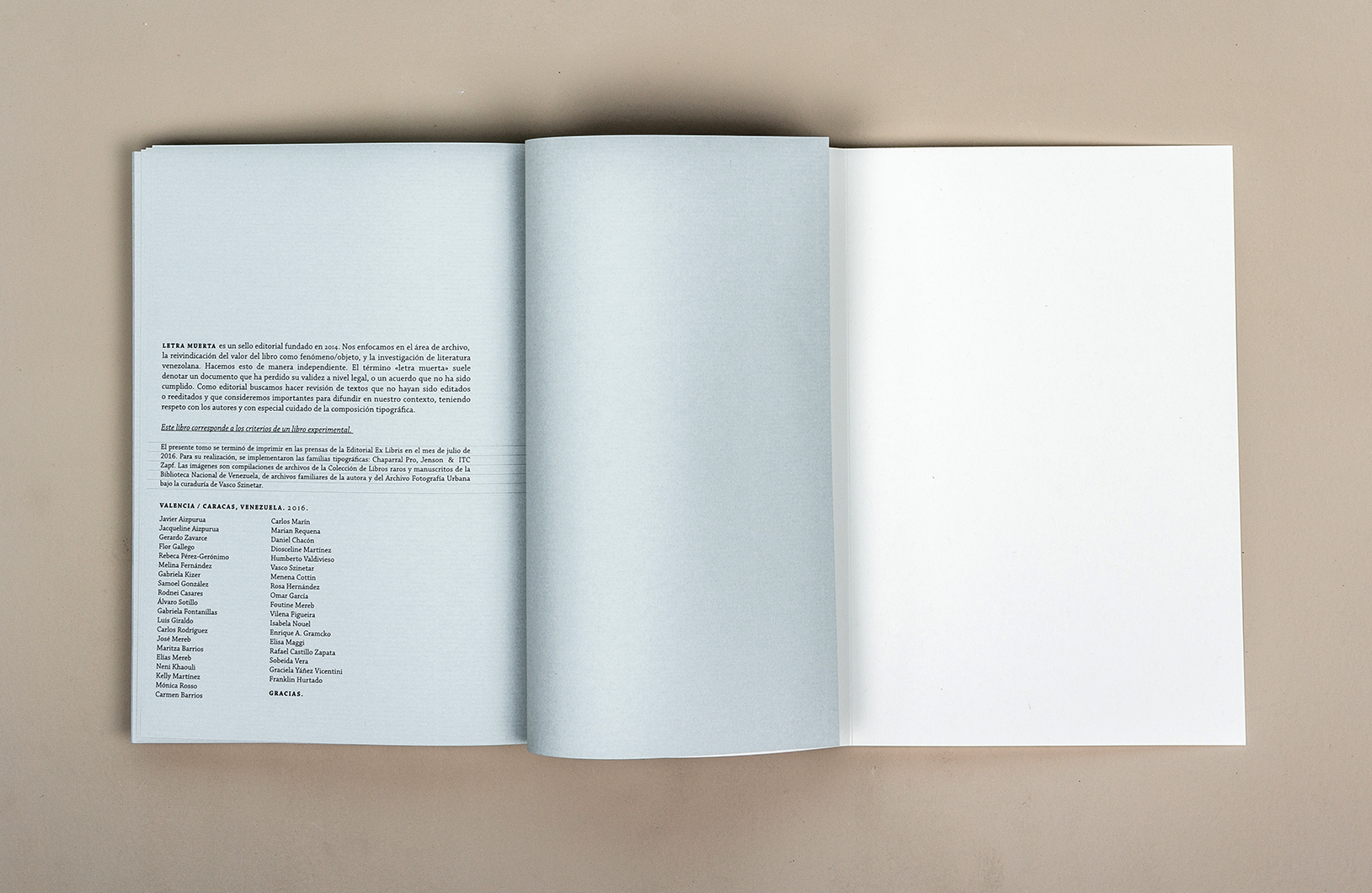 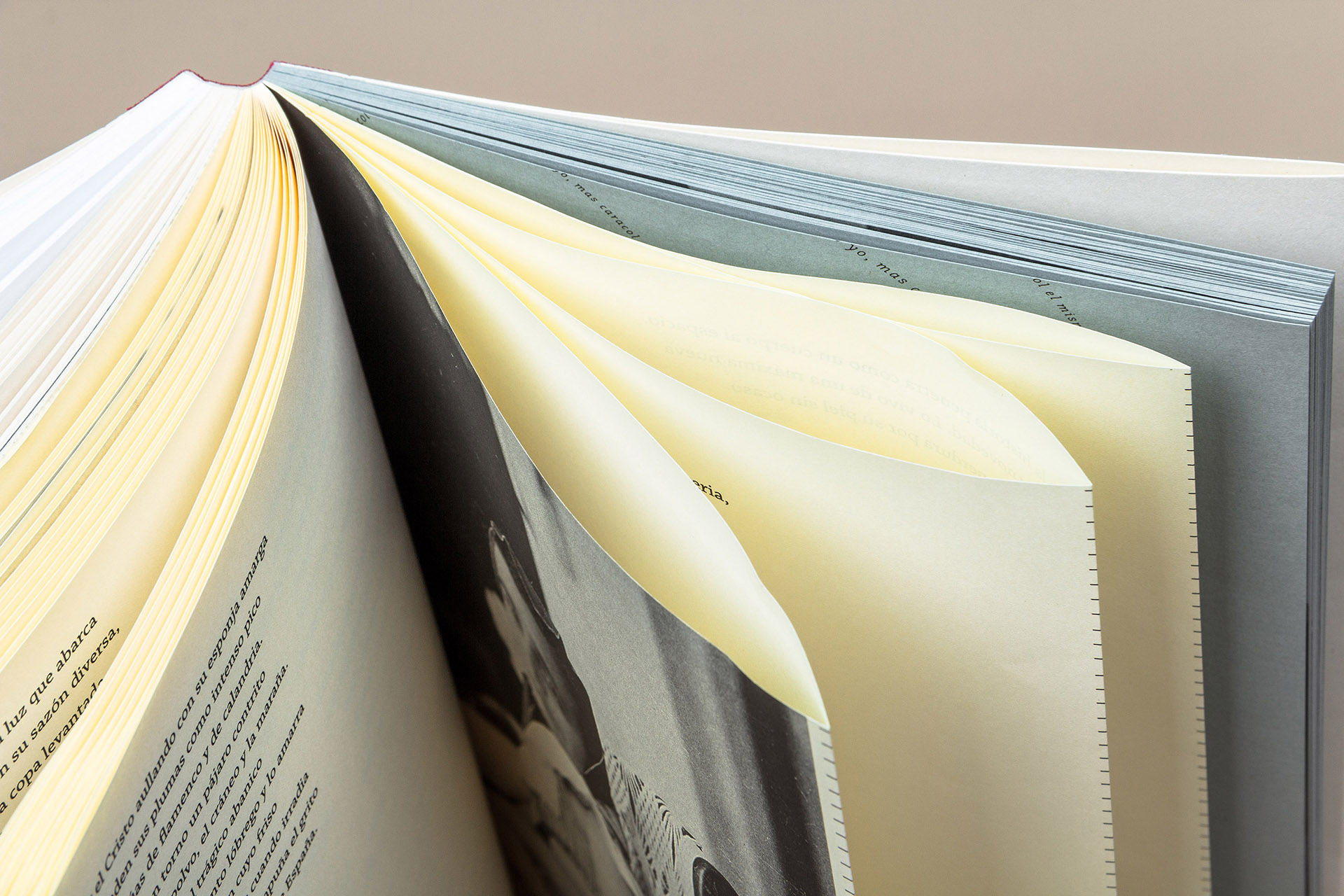