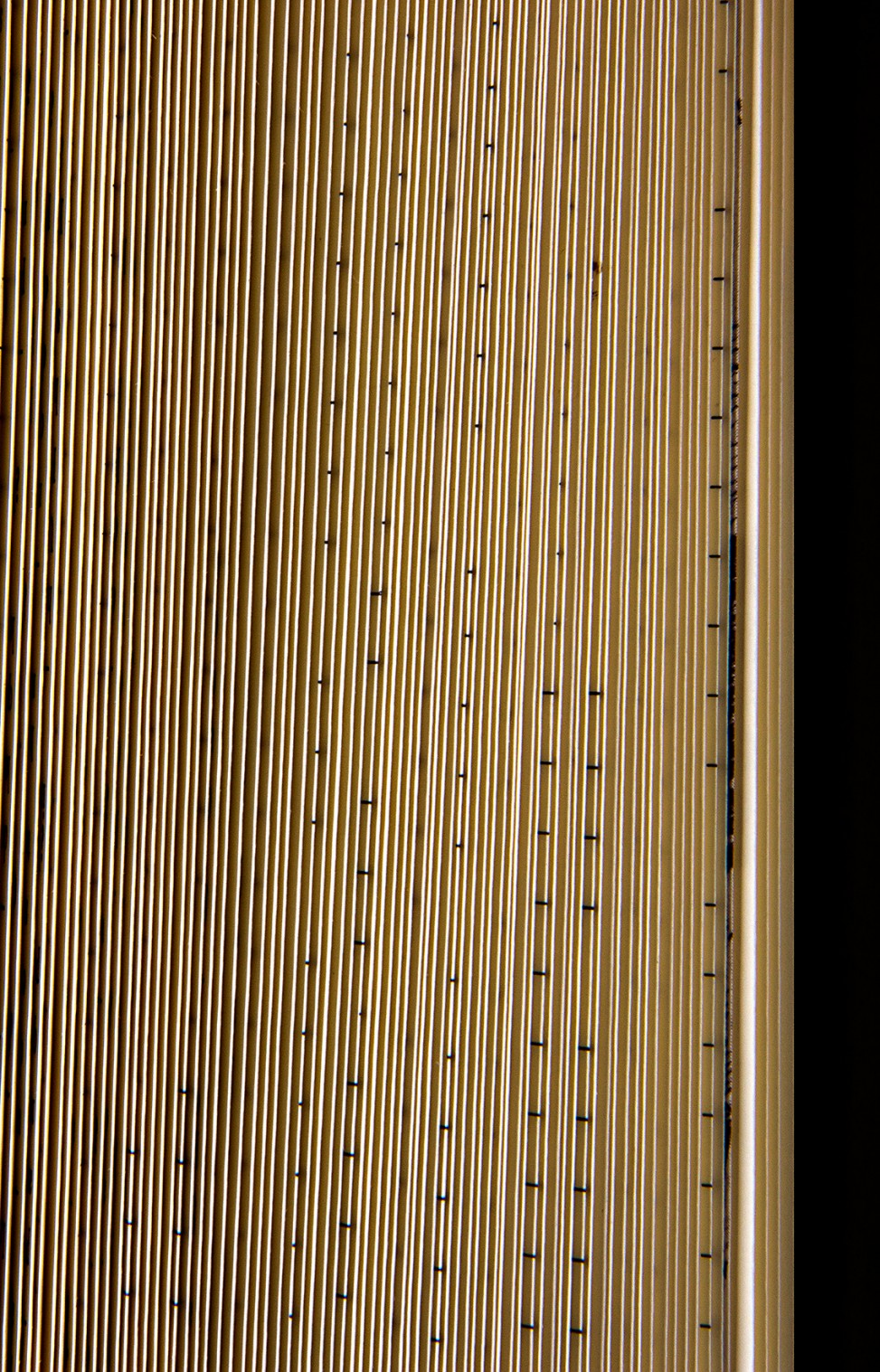 [ Miyó Vestrini (1938-1991) is considered today a major Venezuelan poet—the critic Julio Miranda described her as one of the most engaging poets of her generation. Simultaneously, Vestrini was a widely admired cultural journalist: she received the National Journalism Award in 1967 and 1979. Her book-length conversations with writers Isaac Chocrón and Salvador Garmendia go beyond the regular format of oral exchanges by introducing the accoutrements of literary chronicles and the nuances of autobiographical asides. The interviews collected here were originally published in El Nacional newspaper from 1980 to1981. In these pages, readers will come across an assorted cast of characters: fellow writers and reporters, poets with a background in Medicine or with a degree in Law, a novelist who moonlighted as a solemn politician, a filmmaker, an actor, an Army Colonel, an undertaker… Al filo is, in brief, Miyó Vestrini’s personal contribution to the human comedy.]

This book’s layout and chromatic pallette was inspired from 1800s books and manuscripts collected in General Archive of the Nation (Venezuela). This book gathers interviews made by Miyó Vestrini, a prologue by Diana Moncada and archive photographs by Vasco Szinetar.  Limited edition of 500 copies made out of cardboard and Bible paper (op opaque). French folding and numbered by hand. Printed and bound at Ex Libris Press. 2015. 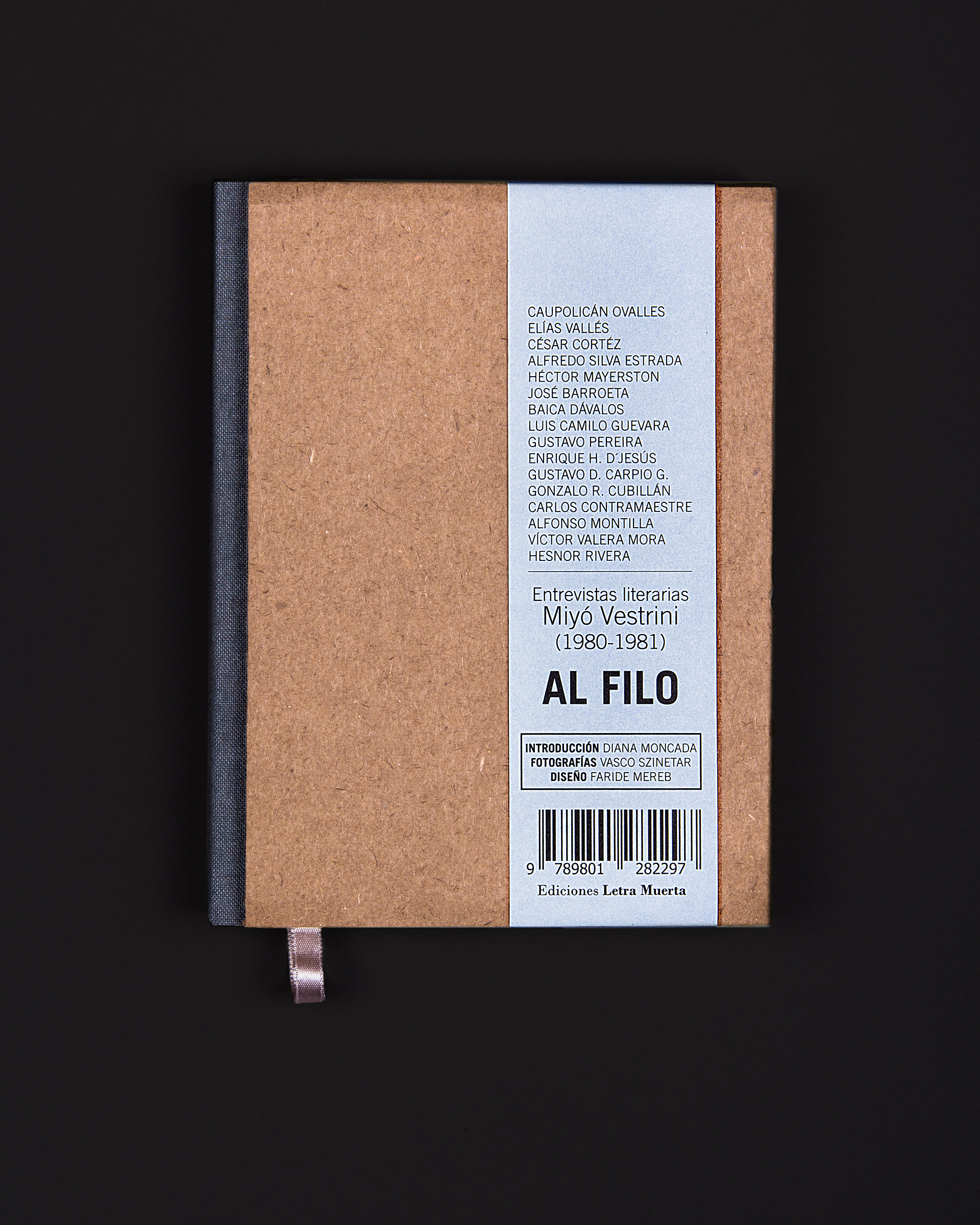 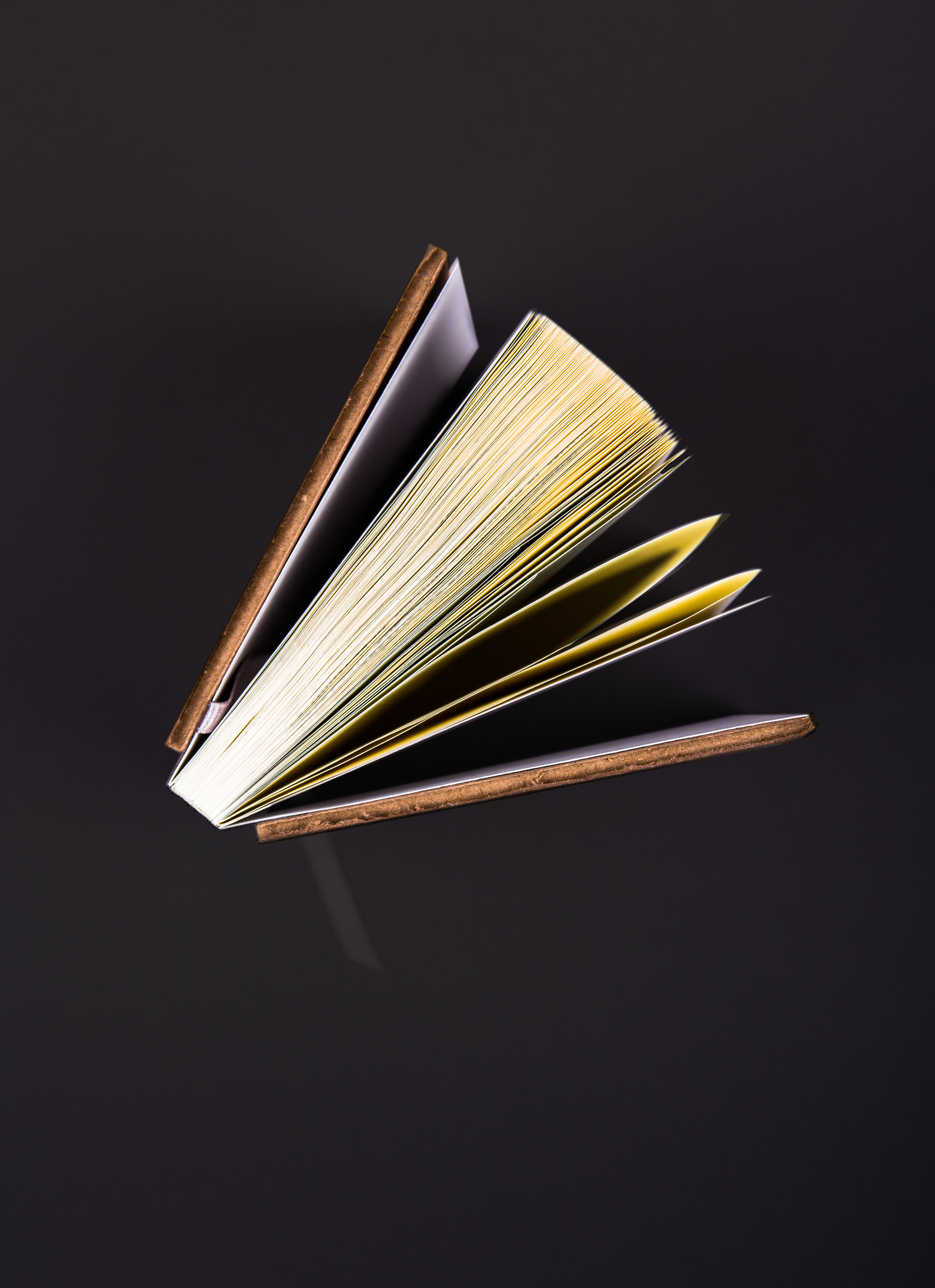 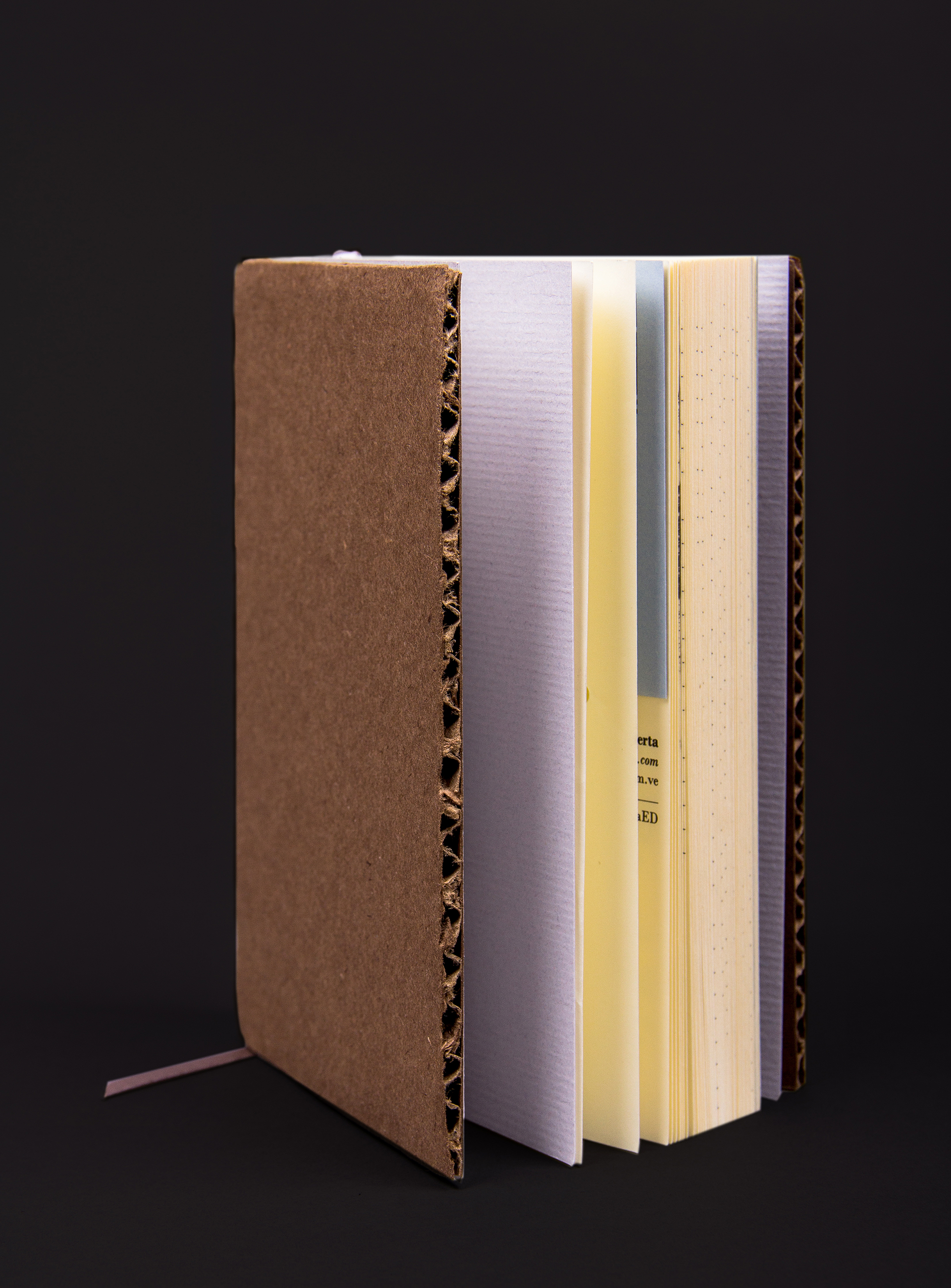 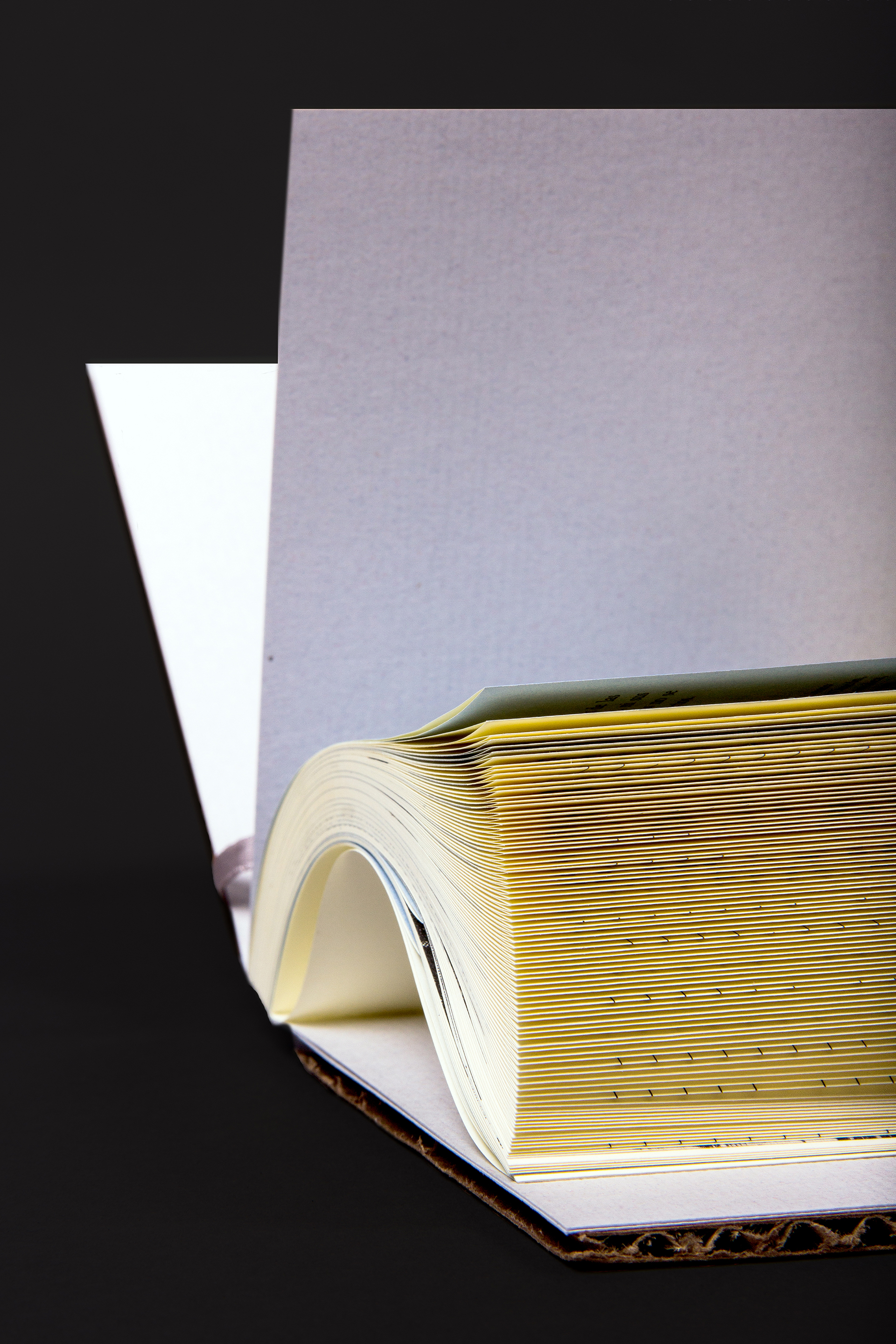 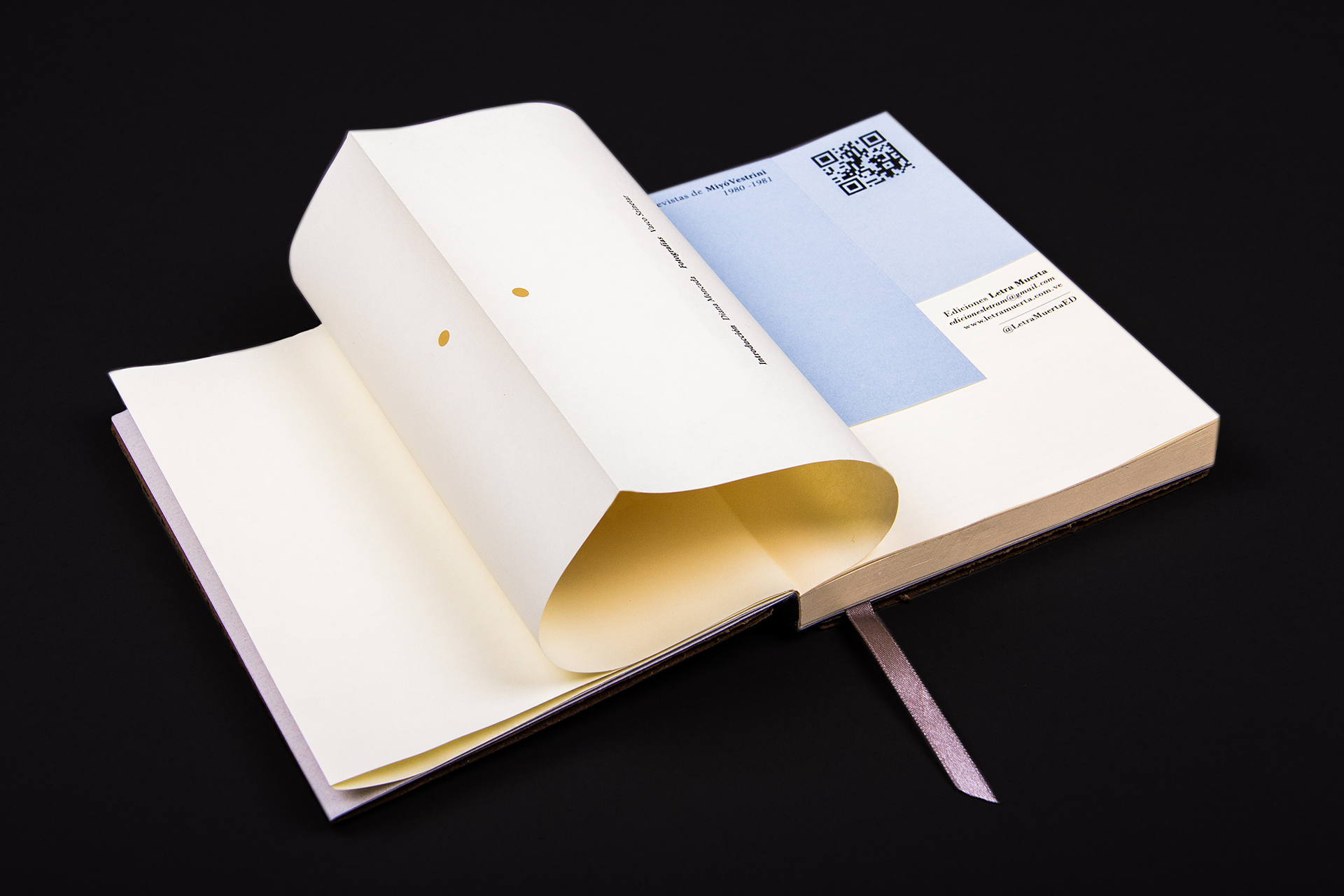 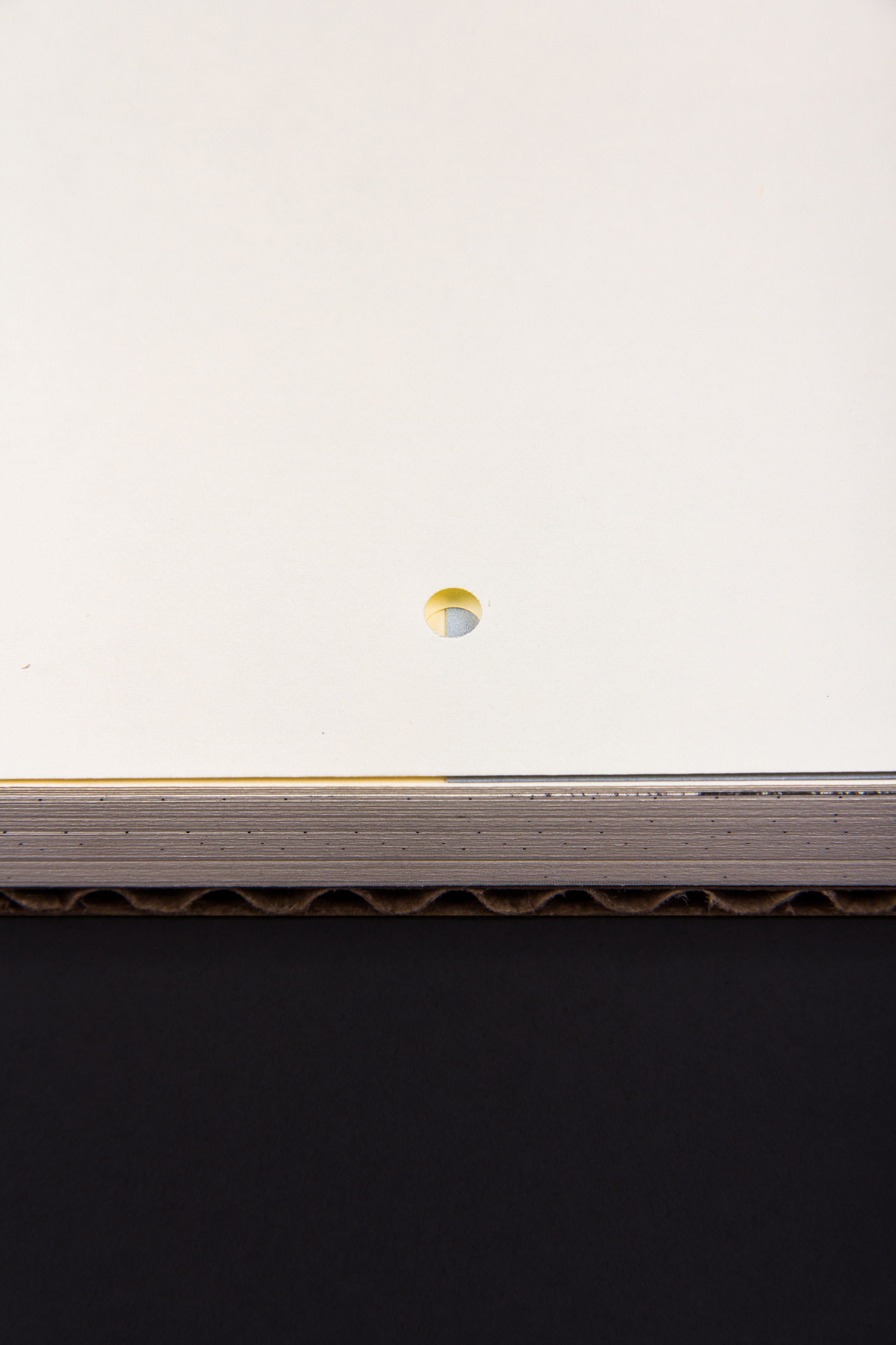 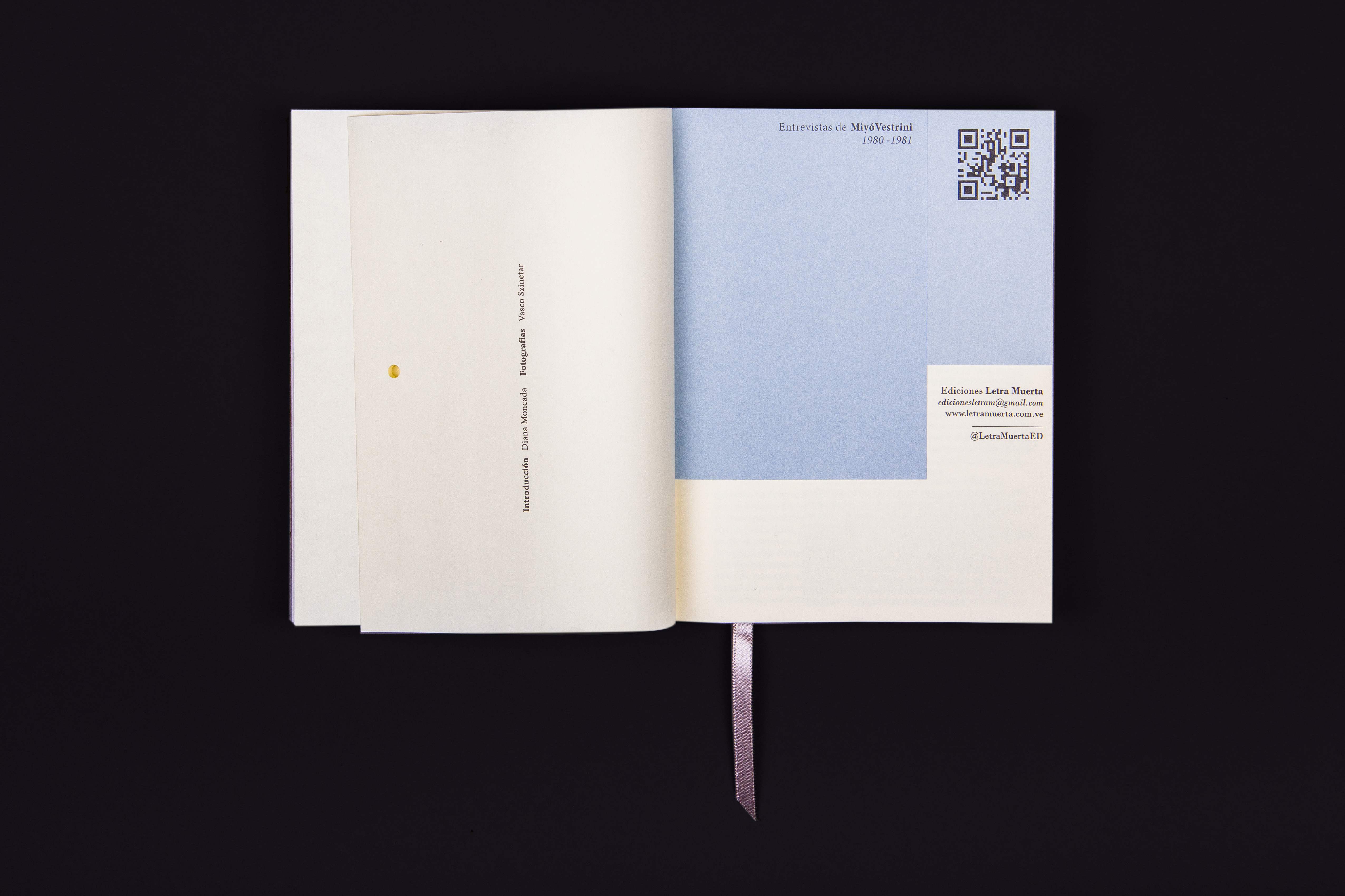 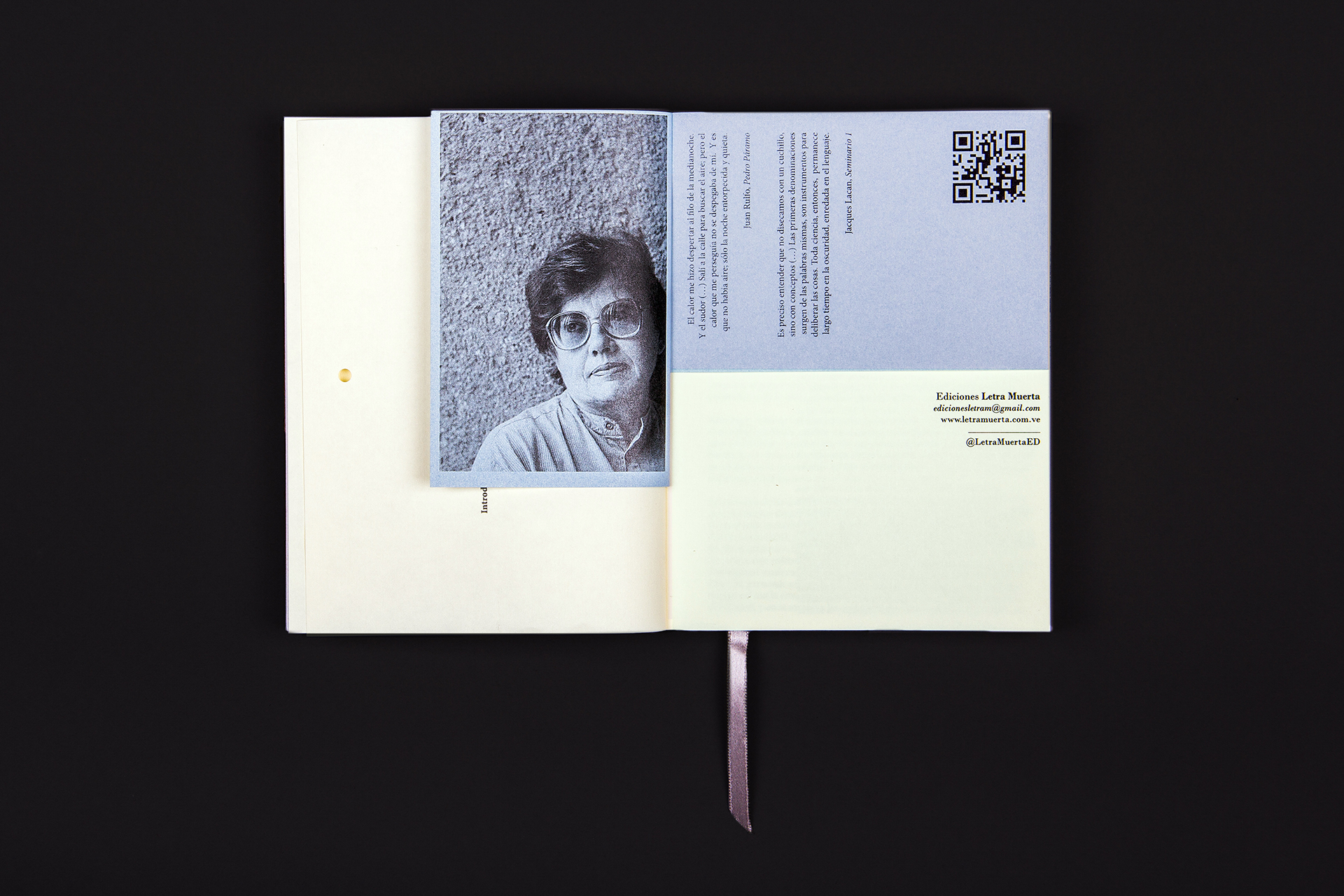 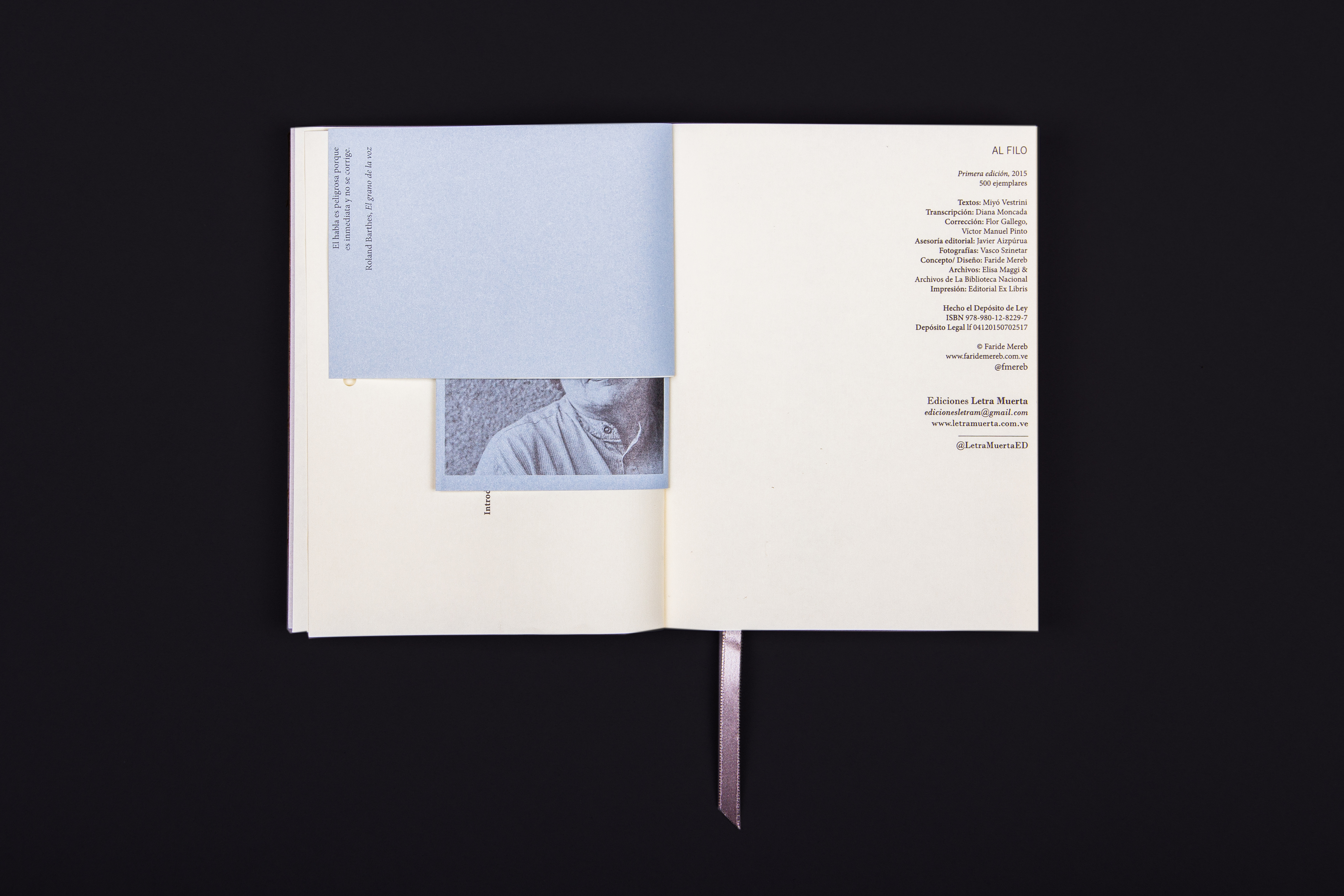 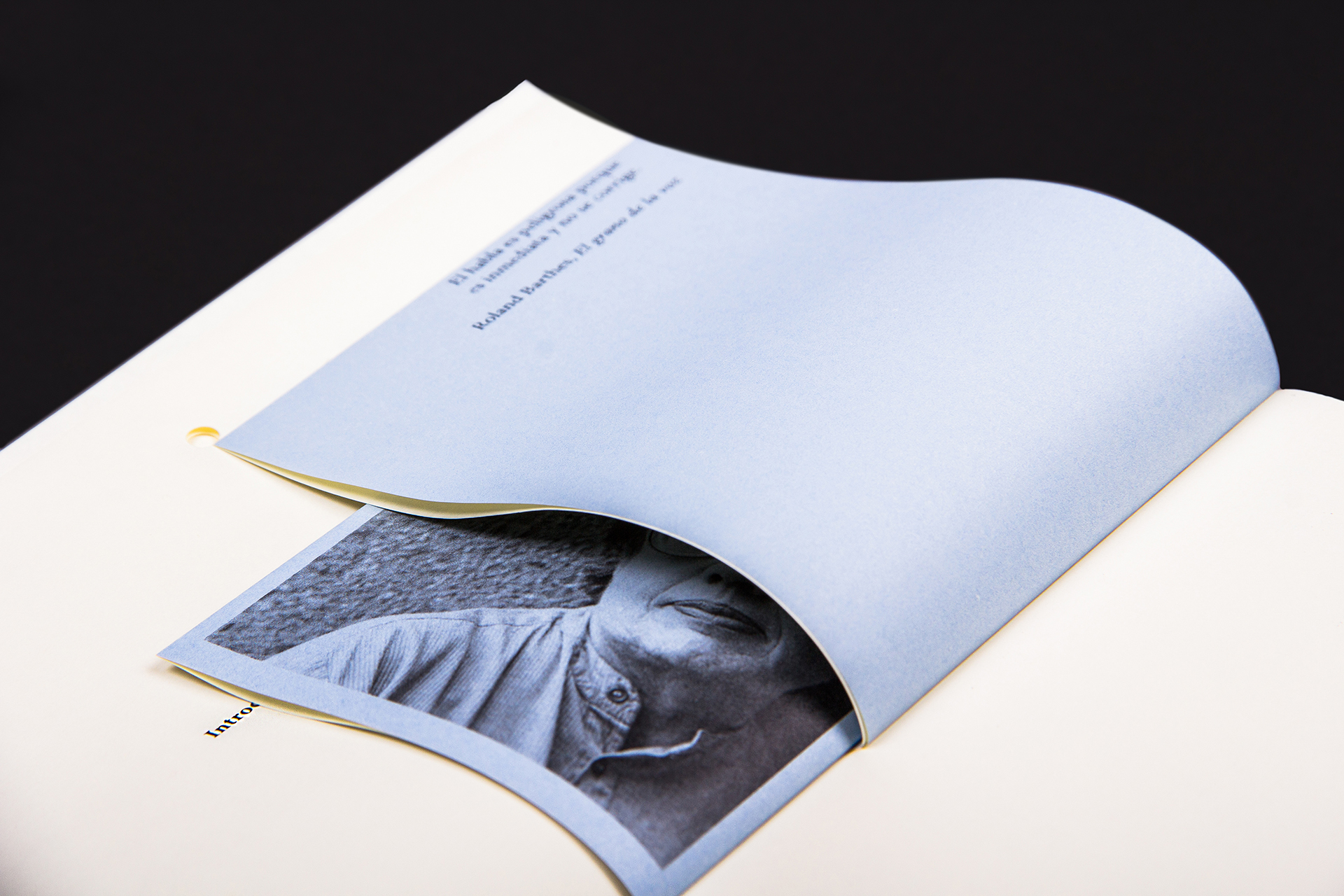 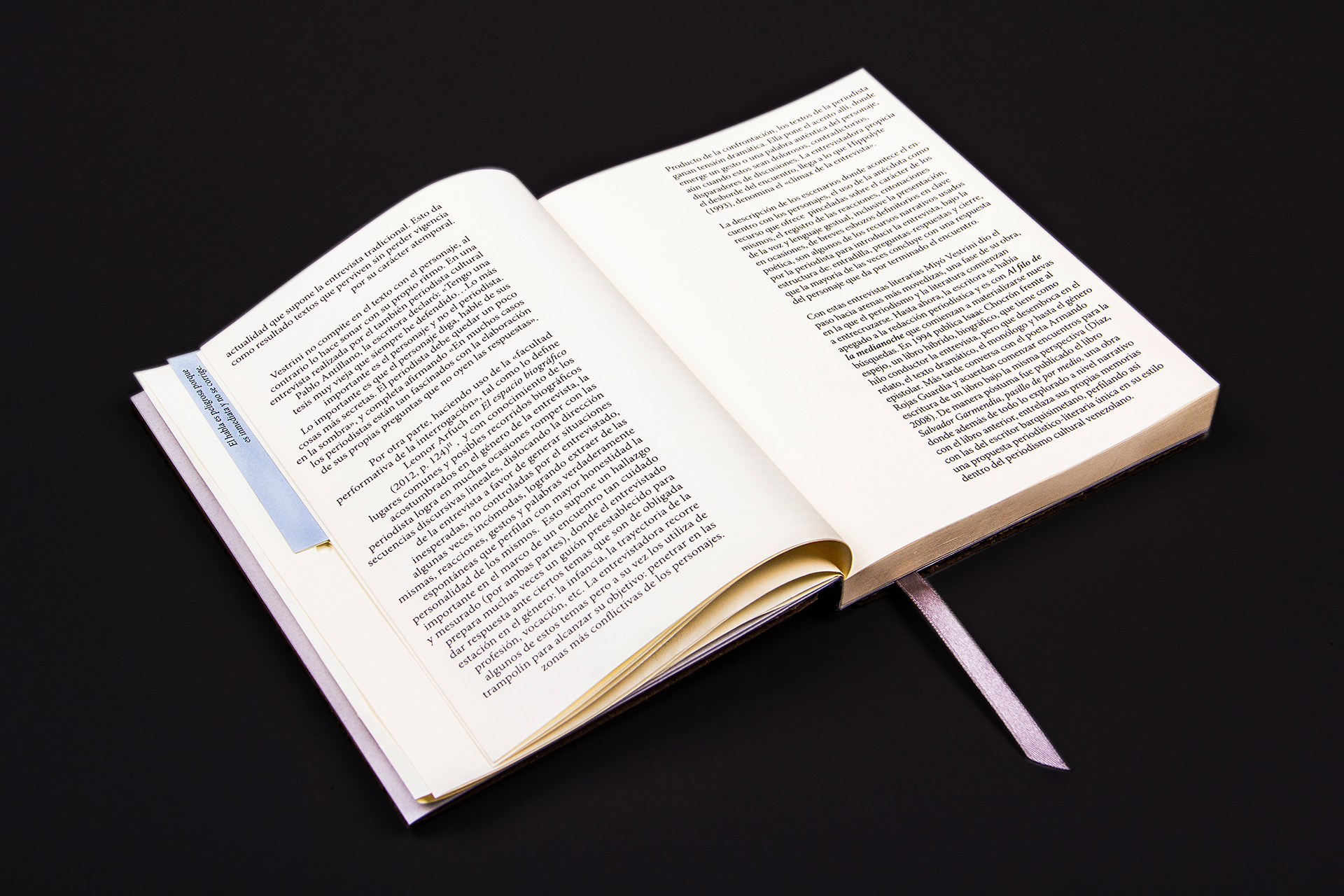 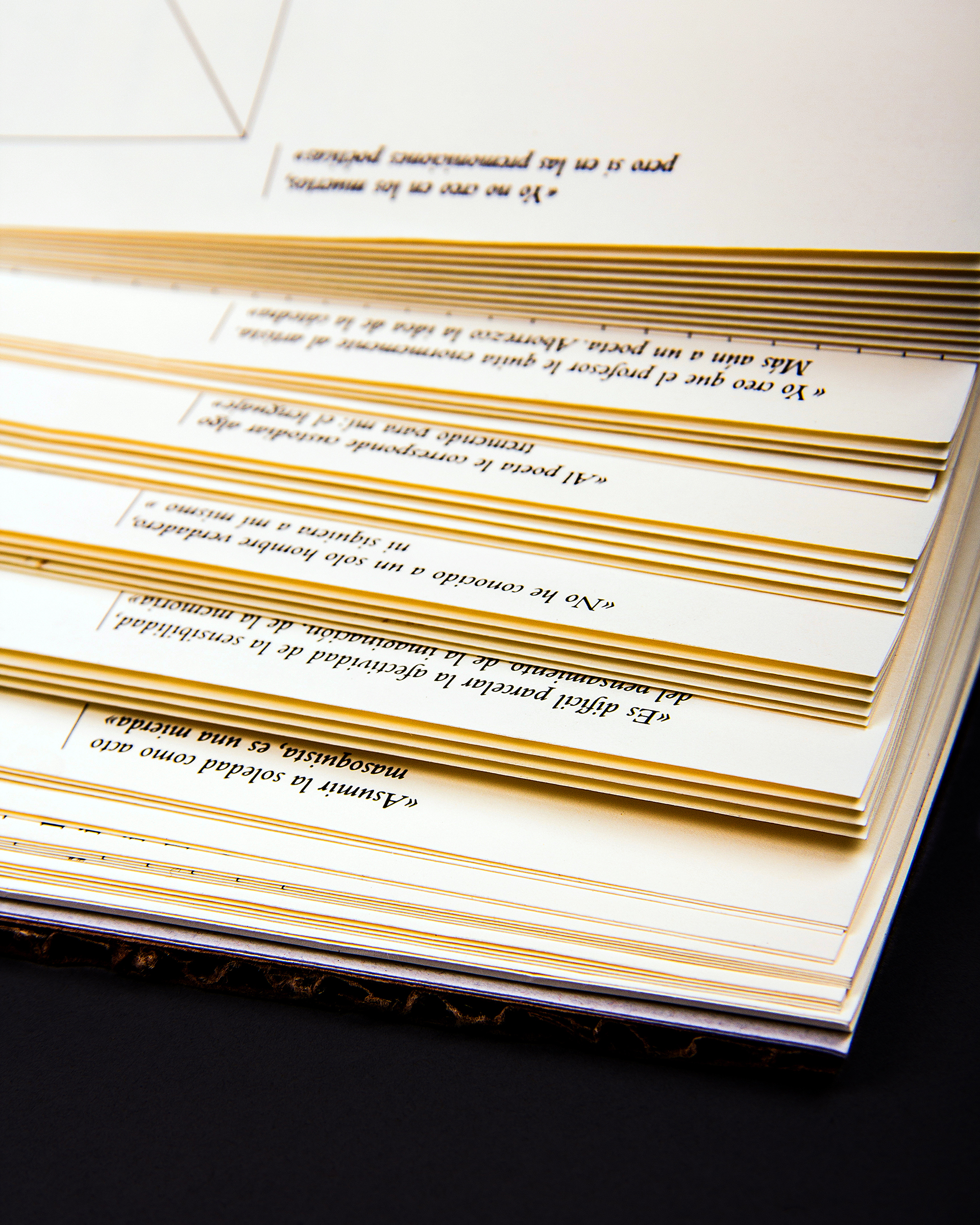 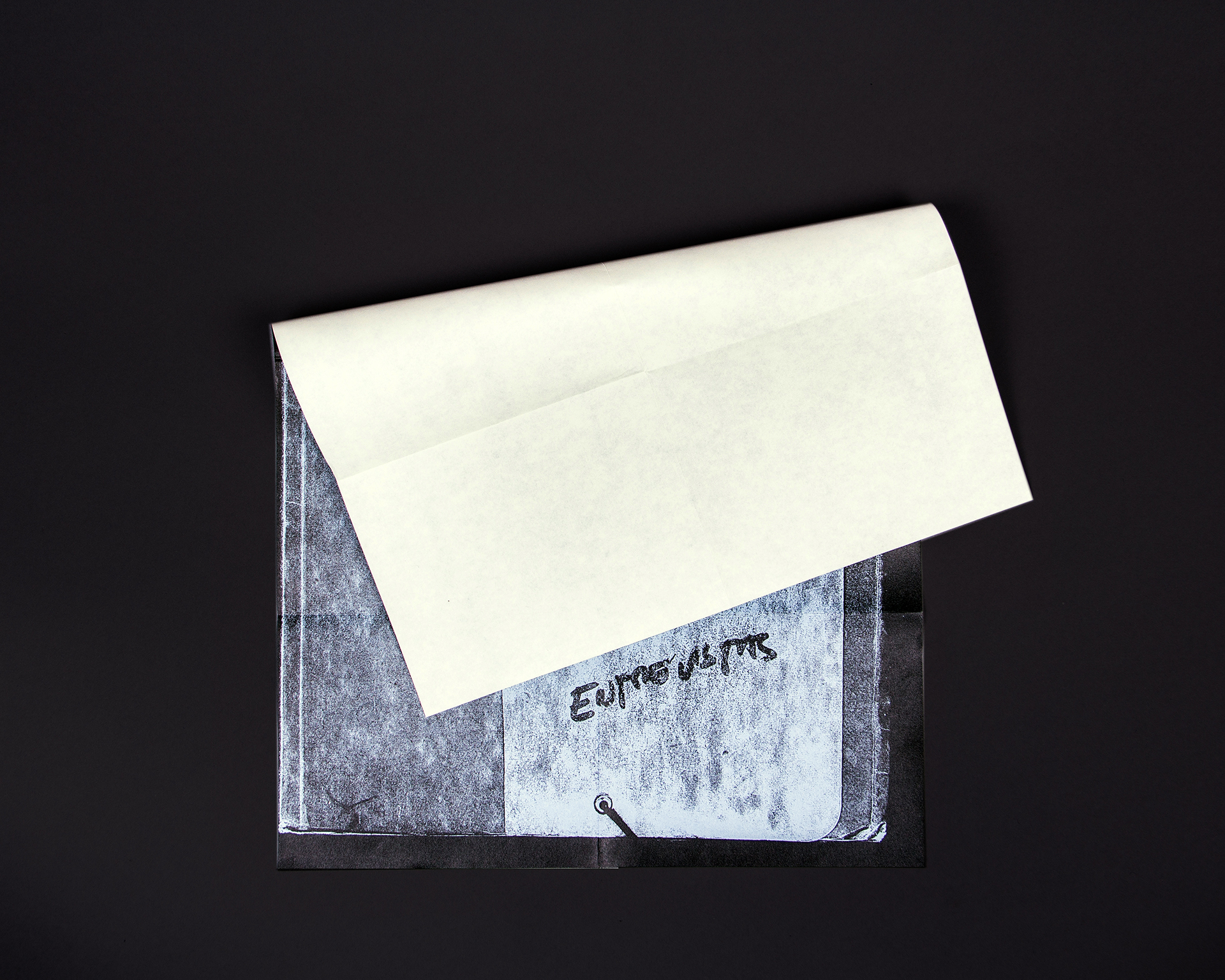