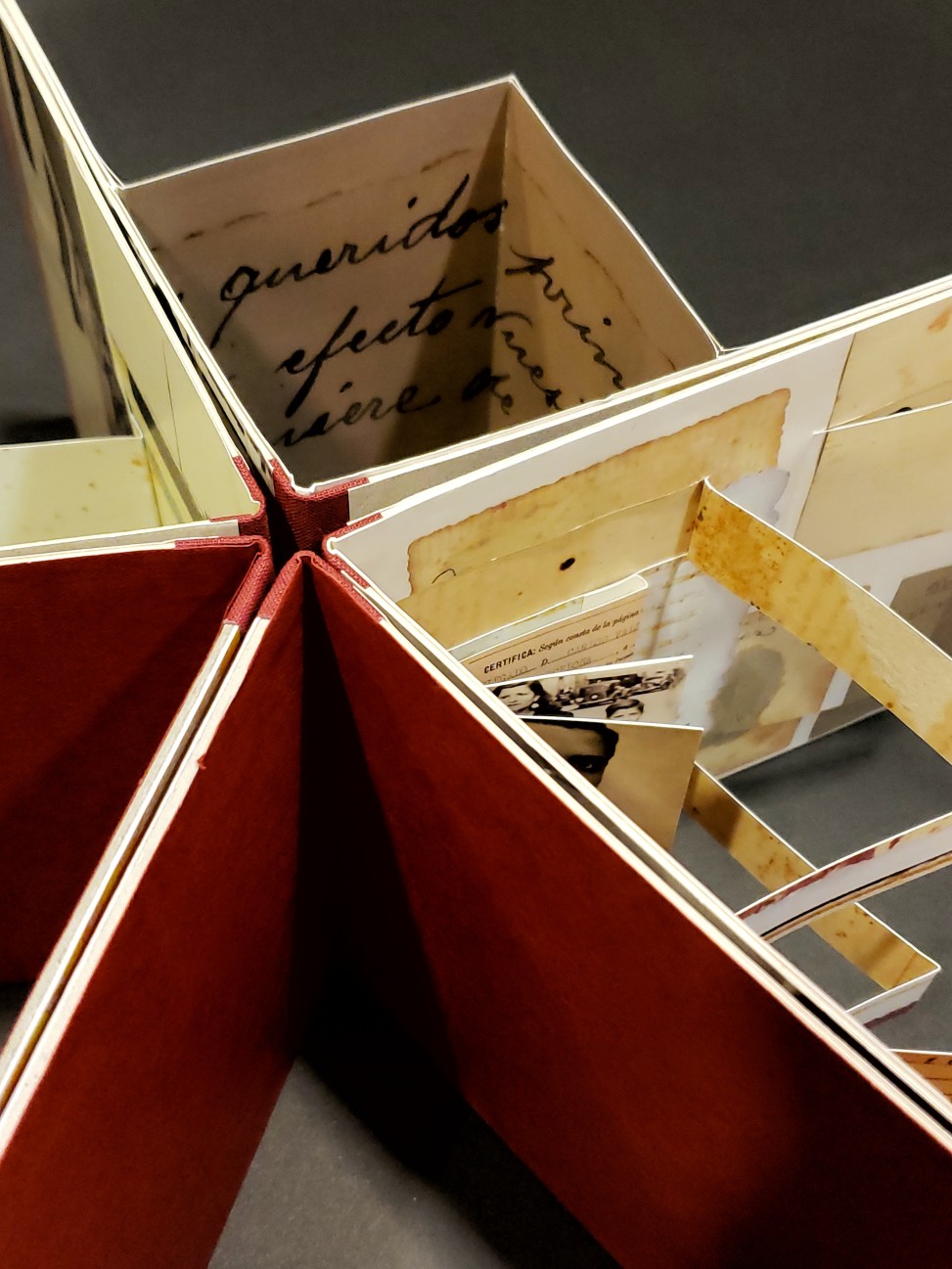 Gabriela Navarro’s artist’s book Retratos en tres tiempos (2018) explores the issue of transgenerational trauma and the emotional legacy of war. Utilizing her grandmother’s photo album, extensive archival research and her own photographs, Navarro stitches her family’s journey across three generations.
She investigates the onset of her grandparents relationship, their exile from Spain to France during the Spanish Civil War and her grandfather’s death in a Nazi concentration camp in France, where many Spanish refugees were sent during WWII, as well as the family’s subsequent move to Venezuela in search of a better life. Details of her grandparents journey populate every corner of this book, from their love letters, old photographs, an image of the boat on which they arrived to venezuela and the fabric of her grandmother’s album, which is the cover image of this book.

The book’s design (by Venezuelan book designer and archival researcher Faride Mereb @fmereb), is not only exquisite but resonates deeply on an emotional level. The pop-up book transports the viewer to a state of childlike wonder, a sense of watching a puppet show, of going on an adventure. One can imagine this is a way of Navarro narrating this tale to her younger self and restoring some balance to a story that is full of gaps. The pop-up book format lessens the heaviness of the story or makes it a bit more macabre, depending on how you view it. Also, by usage of collage, Navarro inserts herself into her grandmother’s photo album and finds a way to stand alongside her grandfather, a beautiful testament of longing. At its core, Retratos en tres tiempos is a granddaughter’s desire to find her place in her family’s history, but in the larger sense of things, it also constitutes a powerful retribution to the families whose lives continue to be shattered by the legacy of war. 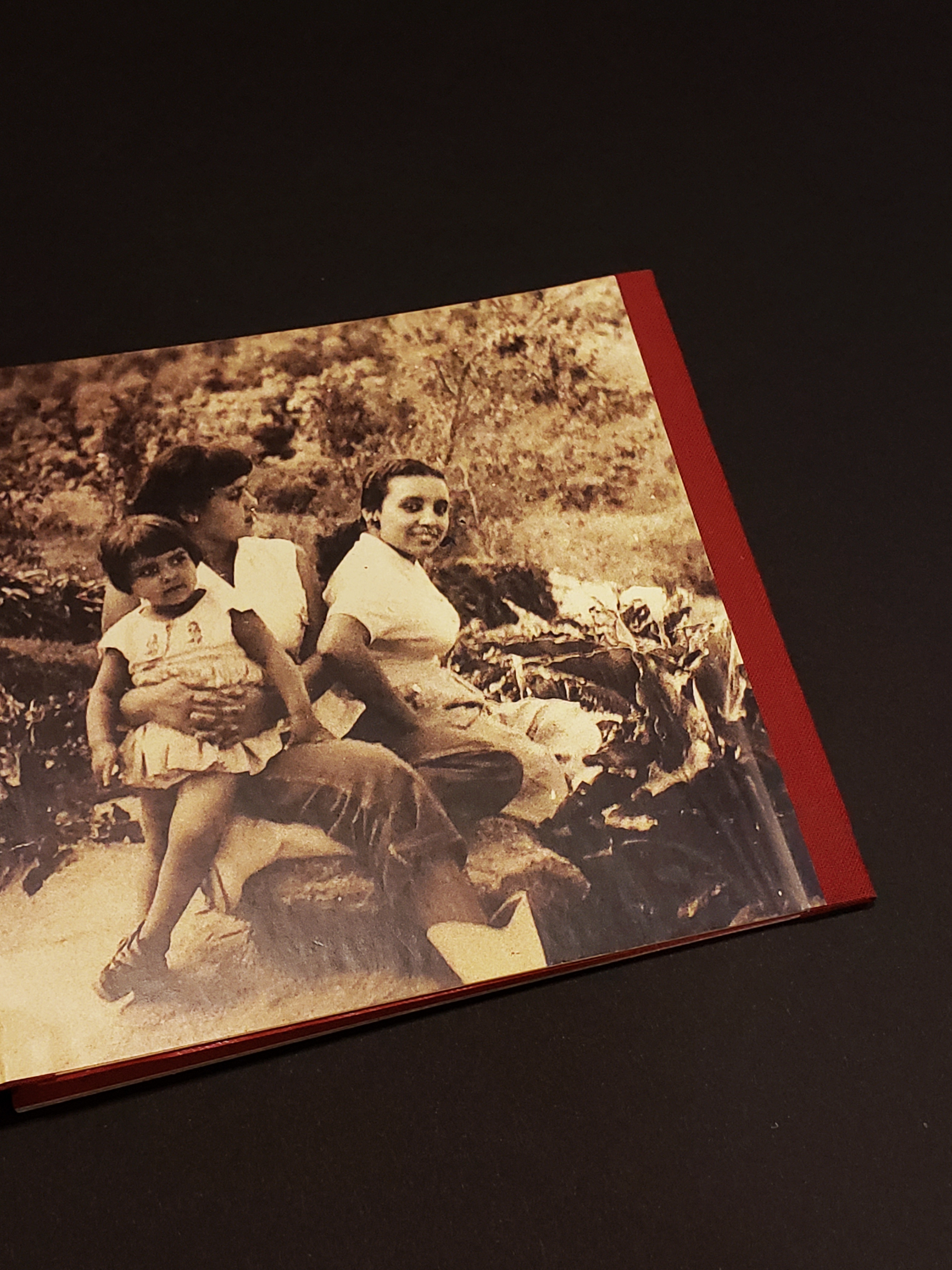 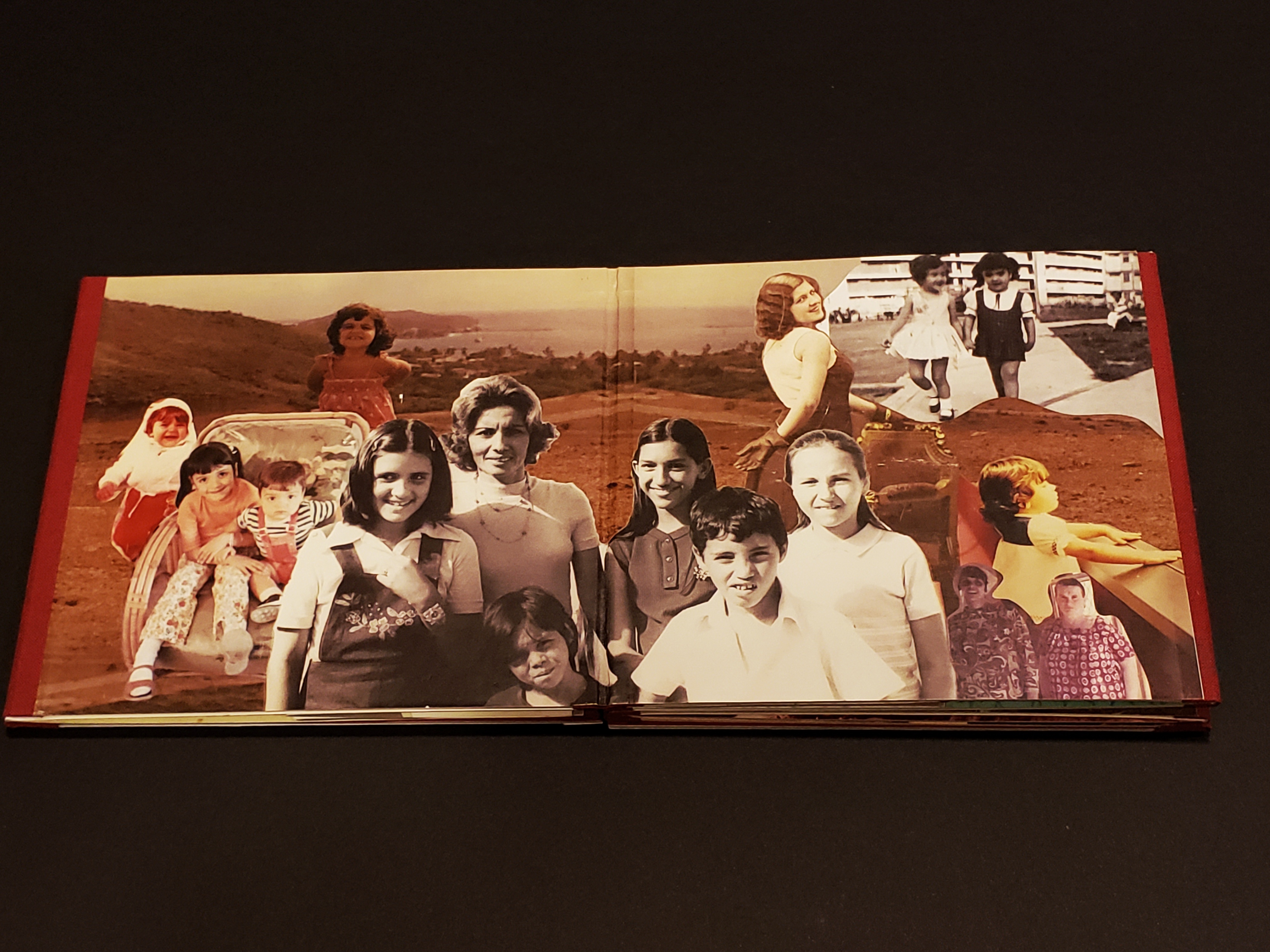 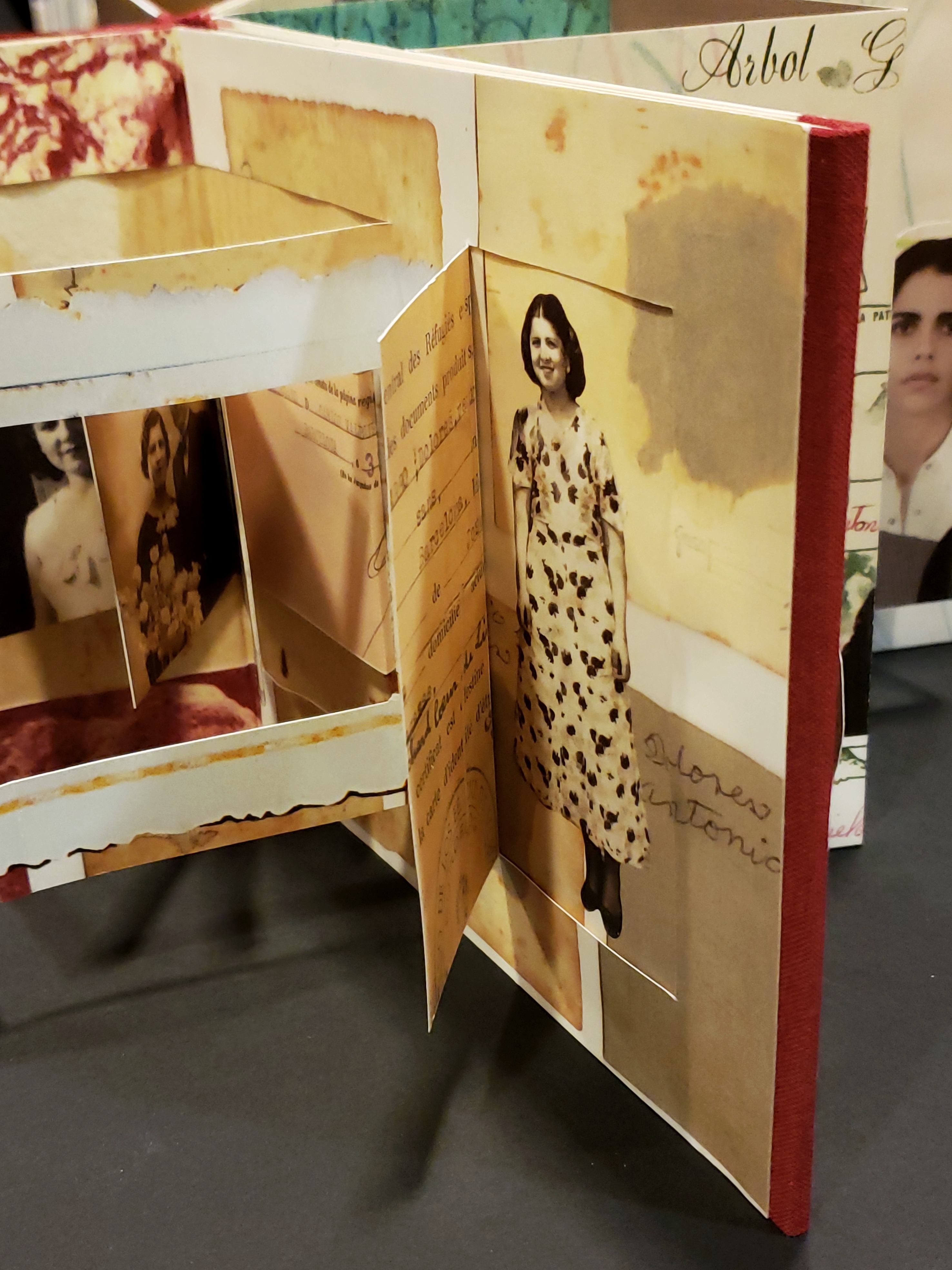 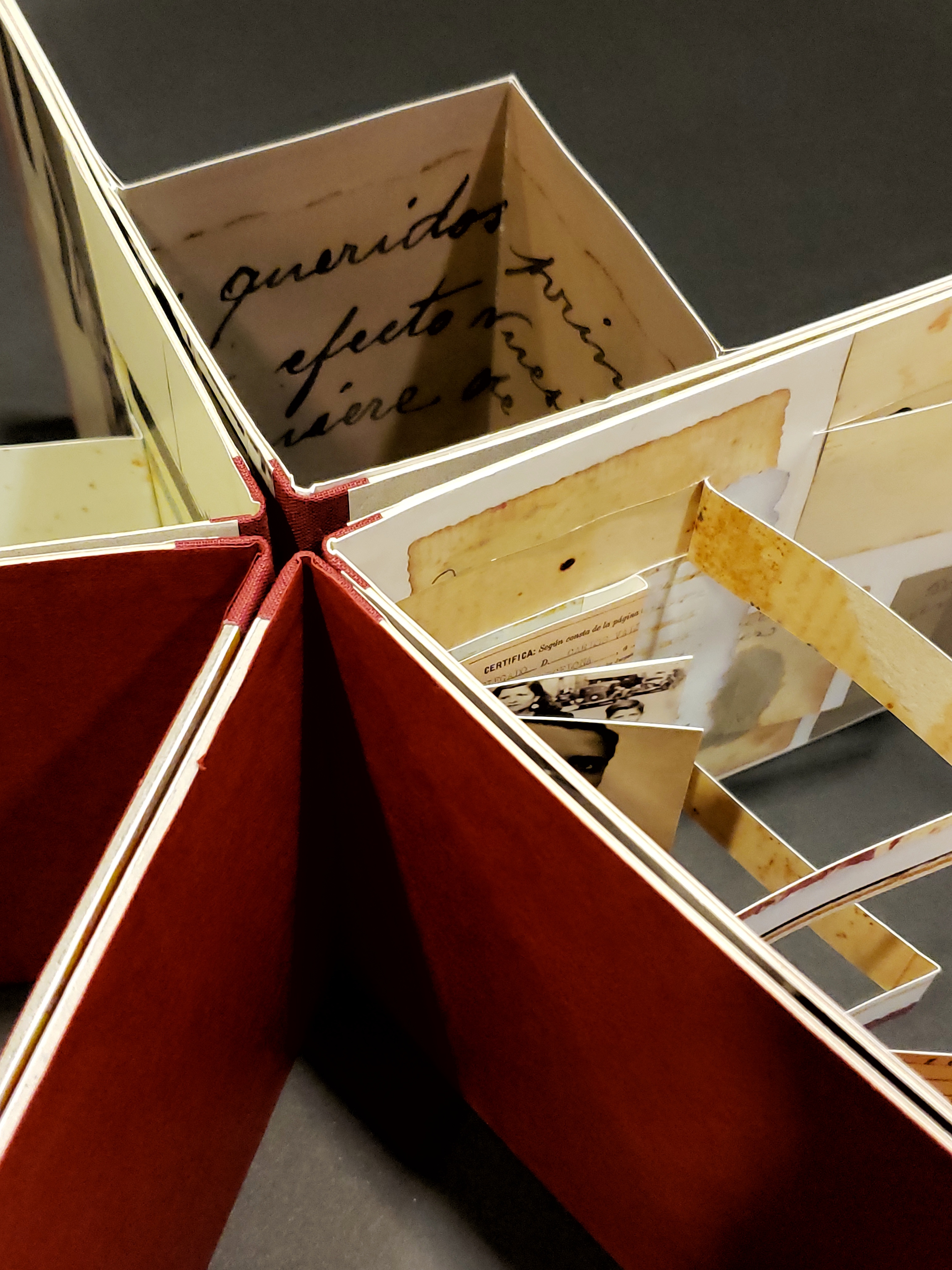 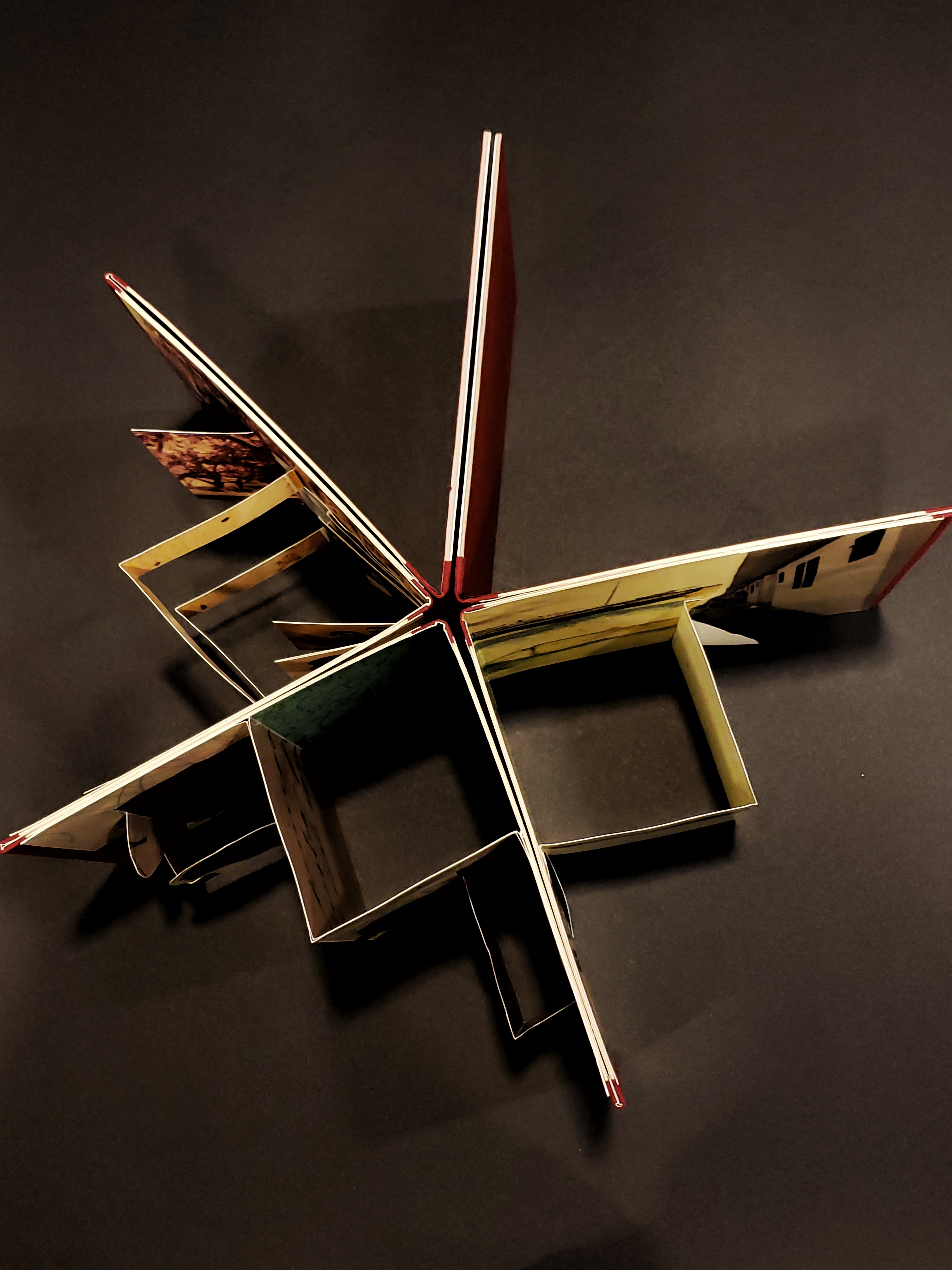 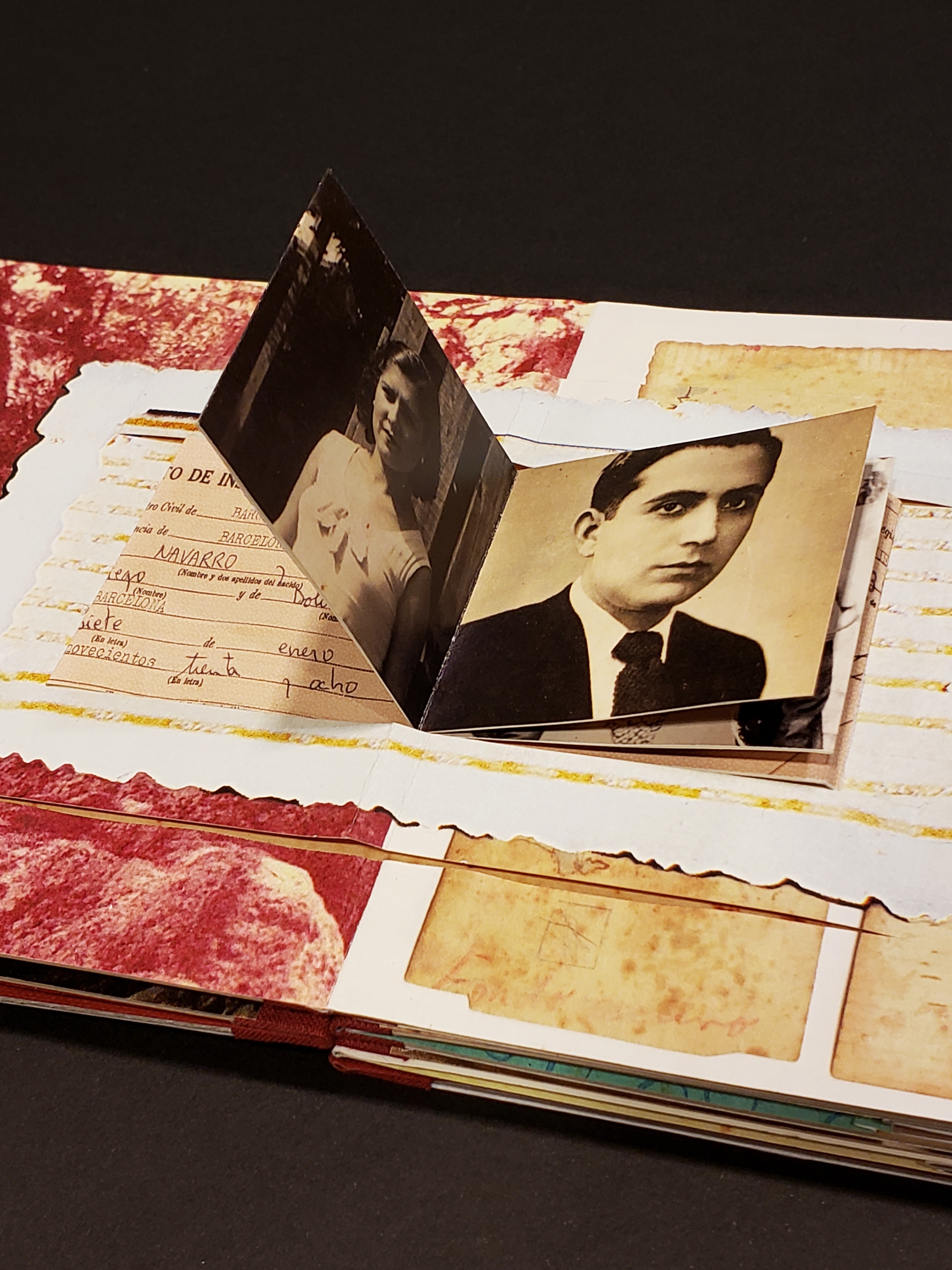 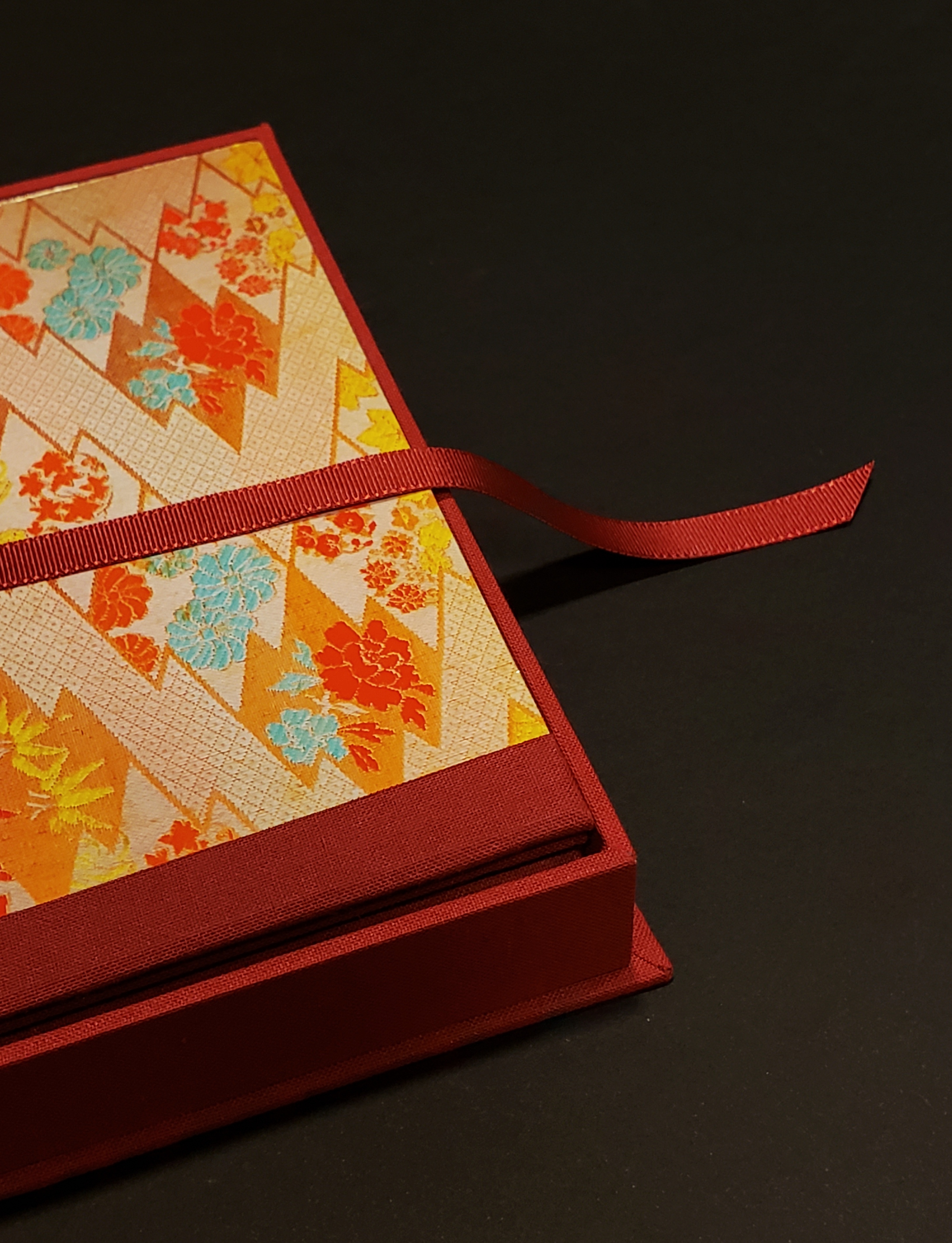 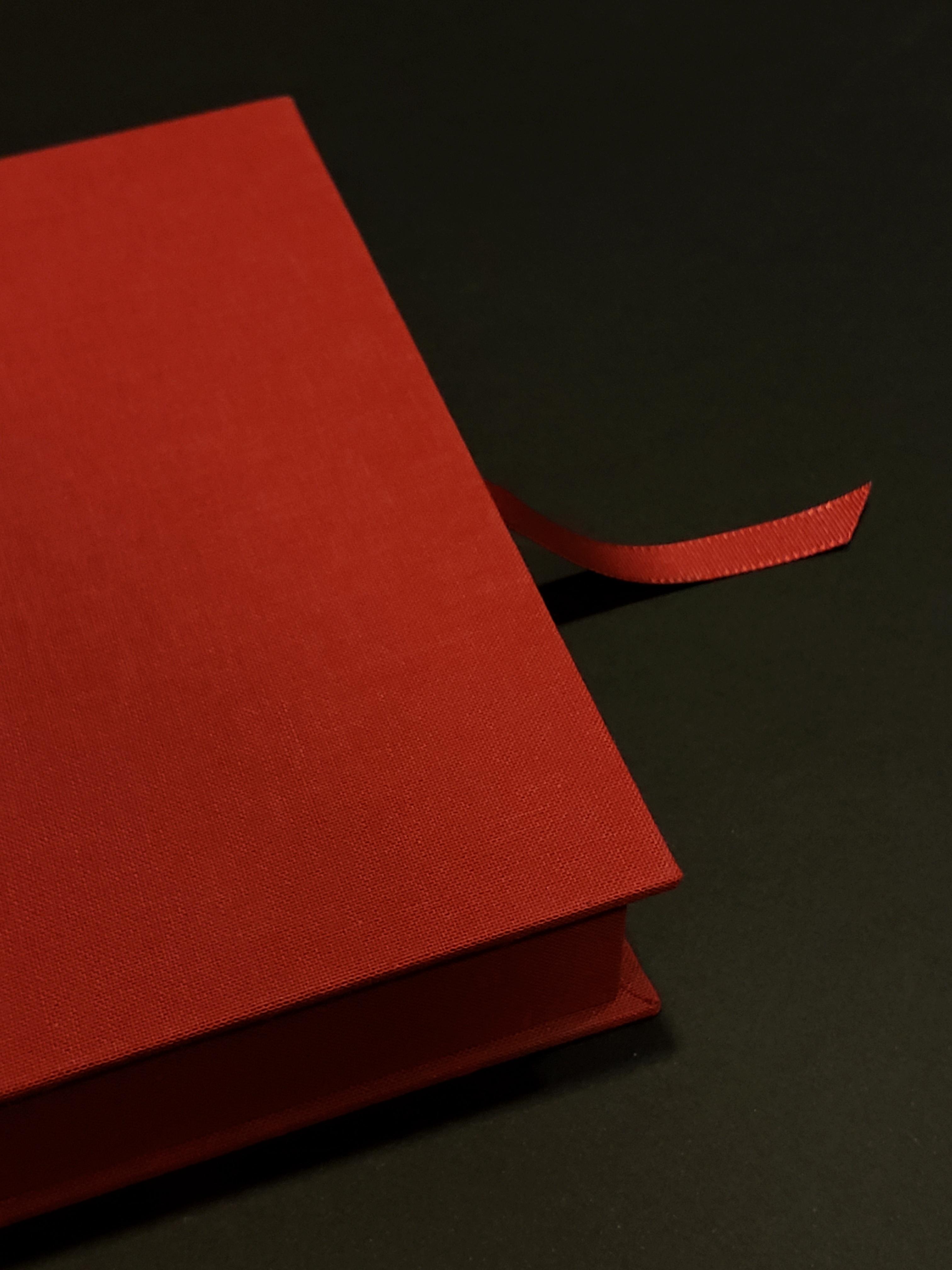 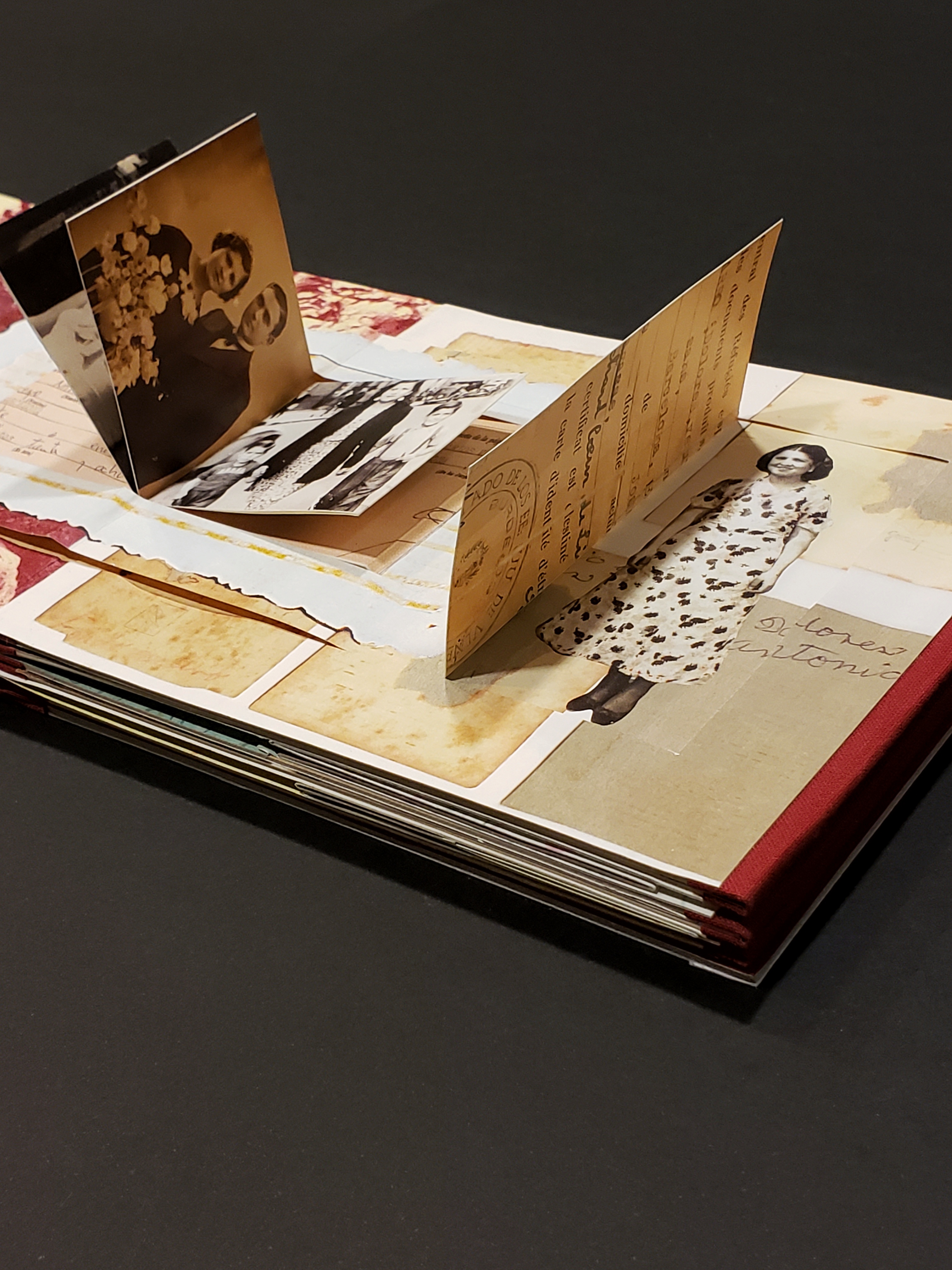 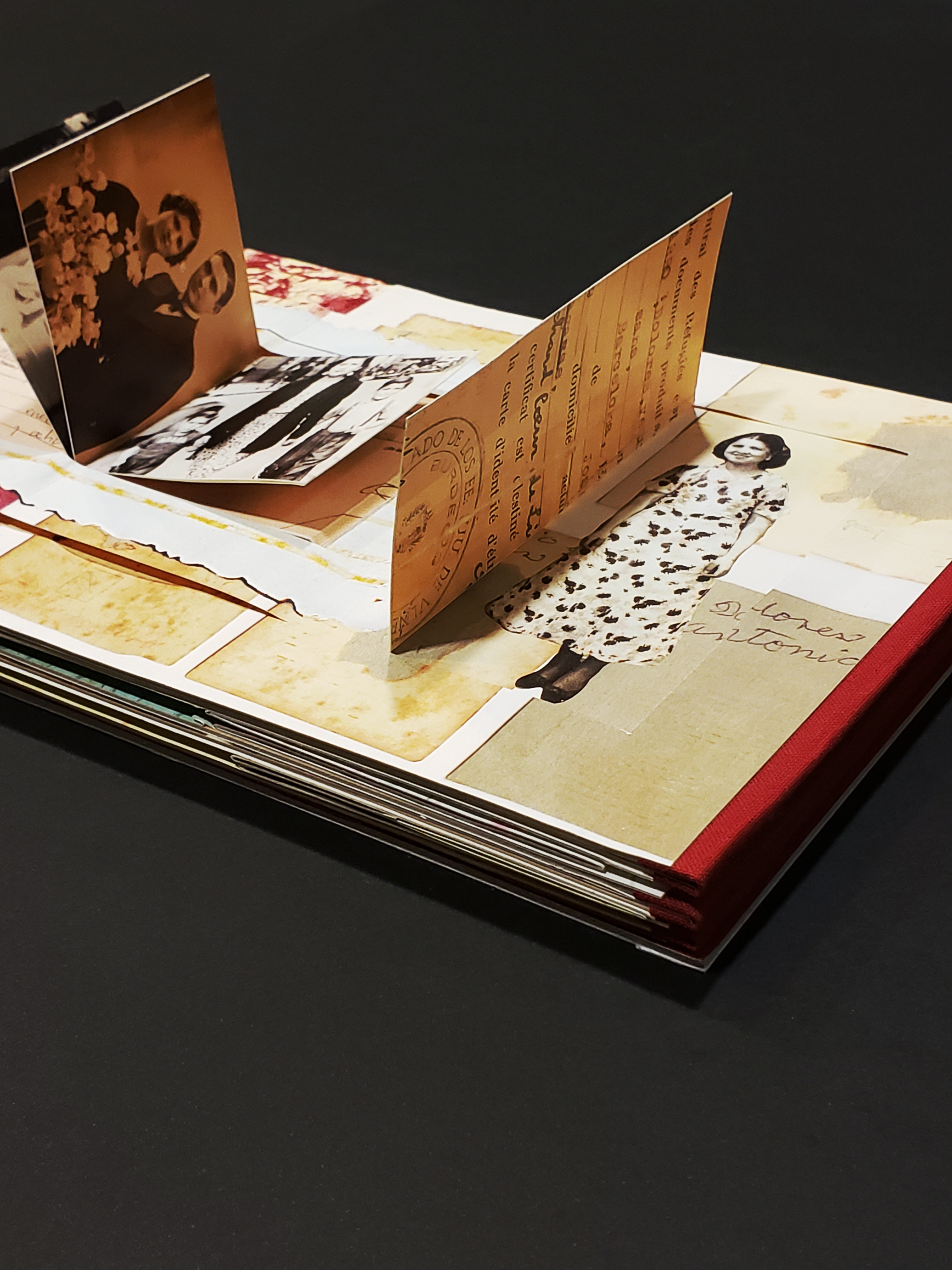